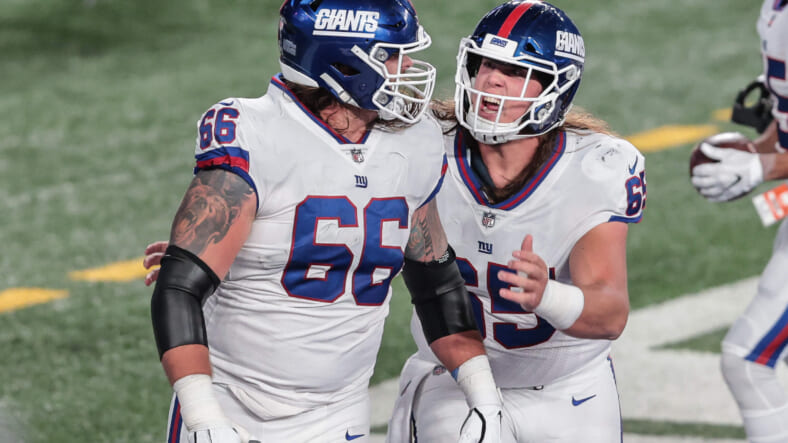 This season marks the 10th anniversary of the New York Giants title winning season in 2011, and that will of course come with the expected festivities.

One part of that which may surprise some fans, however, is different uniform choices this year. The Giants announced their lineup of uniforms on Monday, and there’s some changes from the normal options with one of them being directly related to the 10th anniversary celebration.

The main change that can be spotted in the image the team posted is that the away uniforms will now include white pants with a red stripe rather than the usual grey.

The team’s color rush uniforms also remain and will be used for two games, which are scheduled back to back. That stretch will come during weeks 11 and 12 when the Giants face the defending champions Tampa Bay on Monday Night Football and then take on their divisional rival, the Eagles.

These uniforms are still set to include white pants to match a white jersey as well as an alternate retro helmet with the “GIANTS” wordmark.

The uniforms this season earned a good reaction from Eli Manning, who commented about the announcement on Twitter.

Even I would look cool in these uniforms!! Love them. https://t.co/3xKgeupYmQ