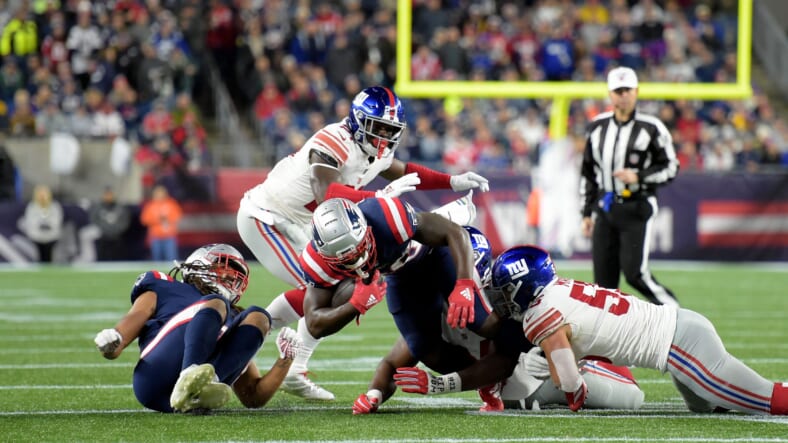 The New York Giants made their cuts to reach their 53 man roster recently, and Ryan Connelly isn’t on the list of players being kept. It’s kind of a strange decision, because Connelly was expected to compete for a starting spot next to Blake Martinez. And last season before his injury, it looked like Connelly was going to be a top defensive name on the team in his rookie year.

However, all that went up in smoke when the Giants made their cuts and decided Connelly wasn’t good enough. Perhaps it’s because of taking too long to bounce back from the injury properly, but it seems quick for the Giants to give up on a promising player like this. Especially when David Mayo’s injury brings uncertainty to the position.

Who exactly will fill the role that Connelly may have had if his recovery was successful?

It looks like the Giants are going to rely on one of the players that manned the position last season, David Mayo.

But things are a bit more complicated because Mayo is out with a knee injury right now. That’s one of the reasons it’s so surprising the Giants moved on from Connelly very quickly. Mayo, however, may have gotten lucky with the injury and could make a quick return rather than miss a long period of the season.

Mayo isn’t exactly a bad option, and while he doesn’t look like a player with the breakout potential Connelly showed, he did have 82 tackles last season and isn’t going to actively hurt the Giants at linebacker.

The other option, however, is less certain.

There’s some talk that Devante Downs was one of the players in direct competition with Connelly, and that the Giants must favor Downs if they cut his rival.

That may be the case, but it’s hard to put too much stock into Devante Downs just yet. Likely, the team isn’t thinking of him as the main option either. Maybe a stopgap before Mayo is back, but not a primary option after that.

That’s not because Downs is a bad player, but because he’s simply inexperienced. He only has 3 total tackles in the NFL. With no track record like this, it’s kind of asking a lot to throw a player like Downs right into the middle of things.

If he’s performing well in camp, Downs should get some kind of shot. But it’s a safer bet to give him time in the rotation first and let him gain some experience while others do the heavy lifting as starters.

With that being said, it’s not uncommon for linebackers to substitute often, so we might see Downs get a decent share of time on the field.