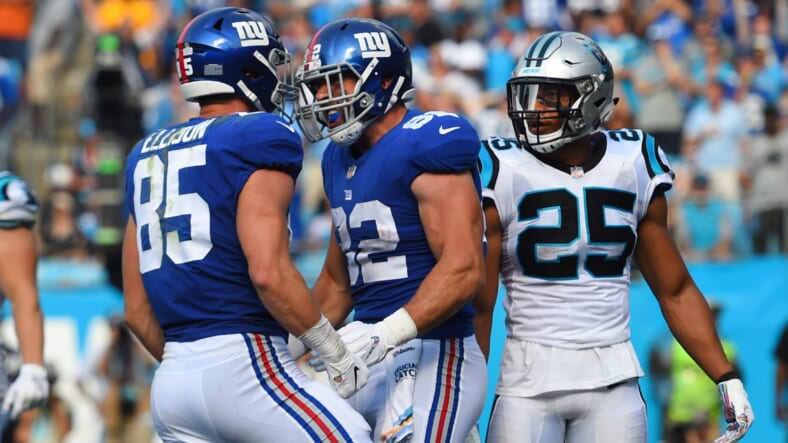 While the New York Giants sit happily with $61 million in cap space, a bevy of cuts will ensue in the coming days to open up more space. An anticipated $80-85 million in available salary will put the Giants in a good place this free agency period, allowing them to pursue some of the best talents on the market.

To start free agency, Big Blue released tight end, Scott Simonson, who was more of a reserve option in recent seasons. After suffering a high ankle sprain during pre-season play in 2019, he failed to make an impact on the season, resulting in his departure.

The Giants will save just $331K in cap space by releasing him.