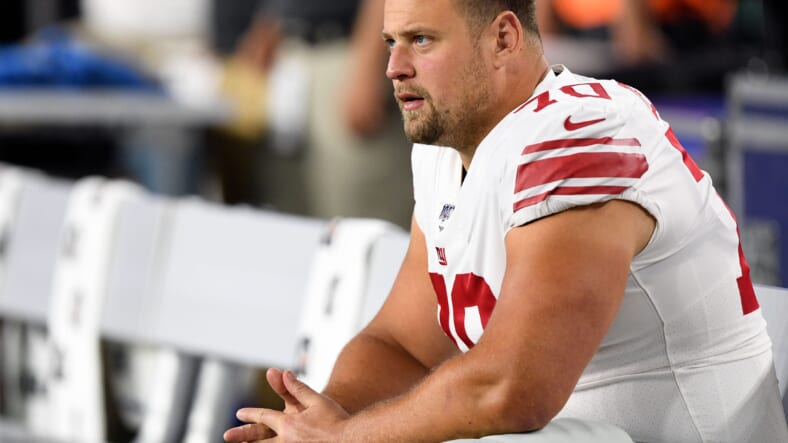 The New York Giants have made another move to clear cap space ahead of the new league year. Last week, the Giants made news when they cut Golden Tate and David Mayo to clear about $8.5 million in salary-cap space. They also restructured Levin Toilolo’s contract and cut Cody Core. Now, the Giants have made another, cutting starting right guard Kevin Zeitler in order to save $9.6 million in cap space.

The Giants were $8 million over the cap prior to this move. Placing the franchise tag on Leonard Williams put New York over the cap and they have been working hard to get back under before the deadline next week. Cutting Kevin Zeitler was a move that was expected as the Giants were reportedly shopping him last week.

Kevin Zeitler will now hit the open market as a 31-year-old offensive guard that started 31 of the Giants’ last 32 games. Zeitler was the Giants’ best offensive lineman over the past two years and he will not be easy to replace. Kevin Zeitler has recorded aÂ 72.4 PFF Grade since 2019 (17th). Zeitler allowed only 28 pressures in 2020.

The Giants are now extremely young and inexperienced on the offensive line. The unit was one of the worst in the NFL last season and has now lost its best player as a cap casualty. New York will likely prioritize upgrading the offensive line this offseason to make up for the loss of Kevin Zeitler.

The extra money that the Giants saved by cutting Kevin Zeitler should help the team in its free agency efforts. The Giants are expected to pursue a top-tier offensive playmaker, but they also need money to retain Dalvin Tomlinson and Leonard Williams. Cutting Kevin Zeitler gives the Giants some breathing room ahead of the new league year which begins on March 17th.