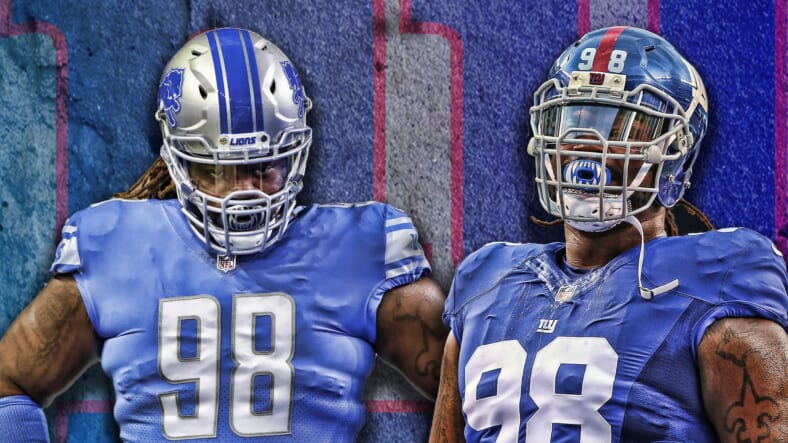 The New York Giants will be facing off against the Detroit Lions on Sunday. The Giants are coming off of a week seven loss to the Arizona Cardinals.

This will be the New York Giants’ first time facing off against defensive lineman Damon Harrison since trading him away last October. The Giants received a 5th round pick in exchange for “Snacks” Harrison, the best run-stuffing lineman in the league. Since then the Giants’ run defense has been abysmal, but the Lions’ run defense has not been too stellar either.

The Giants offensive gameplan on Sunday should feature a heavy dosage of Saquon Barkley. Saquon returned from injury last Sunday and rushed for 72 yards and 1 touchdown on 18 attempts. Now a week healthier, Saquon should see an even bigger role in the gameplan, and could have a monster performance against the Lions’ struggling run defense.

There is only so much one player in a position group, like Harrison, can do for his defense.Granted, Detroit has a pretty strong defensive line, with free agent acquisition Trey Flowers continuing to dominate off the edge. The Lions are also benefitting from another former Giants, Devon Kennard, who has progressed his game rapidly over the past two seasons.

The major weakness of the Detroit Lions’ defense lies within their linebacker corps. Jarrad Davis is one of the lowest graded players in the league according to Pro Football Focus with an overall grade of 35.3. He has been poor in run defense, so the Giants will need to attack that weakness with run plays up the middle.

Running up the middle is a good idea for the Giants if they can ensure they get Saquon to the second level. Jarrad Davis has been missing tackles and will be outmatched with Saquon Barkley. But in order for the Giants to create that Barkley vs. Davis matchup, they will need to get past Damon Harrison first.

Big Snacks Harrison will be plugging the holes as the Lions’ nose tackle. Damon has been the best run-stuffer in the league for years, earning a 90+ overall Pro Football Focus grade in each of the last four seasons. But so far this year, Damon has not looked like his old self.

Through the first seven weeks, Harrison’s PFF grade is only a 63.8 overall. This grade is nowhere near the elite level of play that Harrison is known for. The former First-Team All-Pro has totaled only 15 combined tackles so far this season with just 2 tackles for loss. Damon has been relatively underwhelming this season. This, combined with the Lions’ overall poor run defense, should make for a favorable matchup on the ground for Saquon Barkley and the New York Giants.