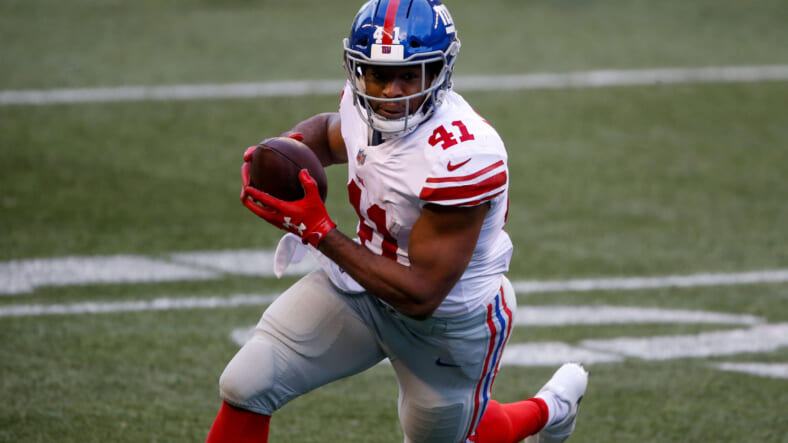 The New York Giants will have to continue to trim their roster as they head through the preseason and towards September, and veteran running back Alfred Morris is the most notable player to not make it out of the cut down to 85 players. Morris was one of the players the Giants moved on from during their last set of roster moves to bring their numbers down to the limit, and was released alongside defensive back Chris Milton.

When Morris did get time on the field, he finished the season with a respectable stat line of 238 yards and one rushing touchdown as well as a receiving touchdown – it earned him a new deal with the Giants at the beginning of August but that ultimately didn’t last very long as Morris was released this week by the team.

The decision likely has to do with the depth the Giants have at the position from other players. They brought on multiple running backs this offseason to support Saquon Barkley in his return, with the primary backup likely being Devontae Booker. Aside from Booker, the Giants drafted Gary Brightwell and brought in Corey Clement as a free agent.

With Barkley returning this season also, the Giants have plenty of depth at the position already and the 32 year old Morris just didn’t fit on the roster. It’s not entirely out of the question for the Giants to sign Morris again to the practice squad later on if he doesn’t find another team at his current age, but for now, the team will continue to focus on new faces as the options behind Barkley.