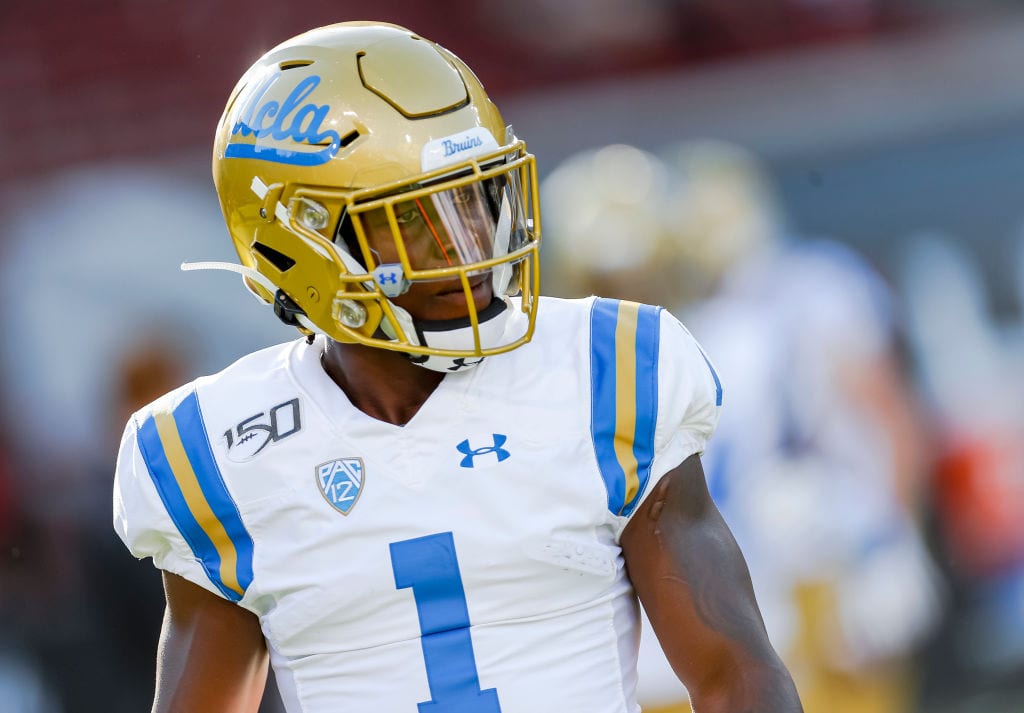 On paper, the New York Giants have a productive 2020 NFL Draft, having landed a high-floor offensive tackle in Andrew Thomas, the highest-rated safety in Xavier McKinney, and a bevy of other high-upside players. Notice the operative word, “high,” and how frequently it’s used to describe these players — elevation, increase, more, raised, lofty, a few synonyms to build off of when detailing the Giants’ new crop of players.

While Thomas and McKinney’s value is quite clear, Big Blue landed several other players that deserve ample attention, as they acquire the talent to excel at the NFL level.

Here are 2 of the more underrated draft picks for the New York Giants:

Holmes is one of my favorite players coming out of the Giants’ draft class, and while he was coined the crop’s top nickel corner, he’s only played in the slot one time – during the Senior Bowl. Holmes is a feisty corner with below-average size at 5-foot-10, 195-pounds. I imagine he will add some more muscle to his frame, but he has the perfect size to play inside against speedy receivers.

Not only is Holmes a high-character guy with a unique story, but he has also learned the ropes from some of the best players in NFL history.

â€œHe might be the sleeper [defensive back] in the draft,â€ Rod Woodson told ESPN. â€œI know he was taken in the fourth round. But I like his mindset. No coach can measure oneâ€™s heart and oneâ€™s mind until you start playing. I think when Iâ€™ve seen him playing and talked to Carnell and his son, just the way he moves and how fluid he is and has that recall during the games when people are doing stuff to him that makes you kind of excited to watch a player like that.â€

Deion Sanders stated Holmes had a “flawless” and “unbelievable” combine workout. The advocational words he gained from some notable people stand out, and Holmes has backed up the hype with quality play. After suffering a high-ankle sprain in 2019, he ignored medical advice and rejoined his team prematurely, severely limiting his efficiency but showing his grit and leadership as team captain.
Analyzing his stats from last season to de-value him is malpractice since he had a solid year in 2018. Given the potential he has, Holmes is easily one of the bigger steals for the Giants.
2.) Matt Peart
It’s not often a team lands a starting left and right tackle in the same draft class. Peart needs a bit of development, but the New York Giants have the time to offer him. He can spend the entire 2020 campaign refining his abilities and improving in pass-sets, but he has every tangible trait to prove upper management right.
Offensive line analyst, Matt Giannettino,Â gave us an in-depth breakdown on Peart Via Youtube, stating:

Super athletic quick on his feet nimble especially for his size and his life is really good on his pass sets,when he stays square with his head up he does his best work.

Can be a little weak on point of attack but that has to do with not rolling his hips consistently. He also plays a bit high of pad level because of his size. i actually believe if he adds weight that could help him.

In summary, he need to be a little bit more consistent in all of his technique but most importantly his hip flexibility for his athleticism and mobility along with his lane are really some good traits for the Giants to work with moving forward.

I wouldn’t expect Peart to jump right into a starting role, but if the Giants can develop him into a productive player at right tackle, they will have walked away from a single draft with two starters at some of the highest-paid positions in football.