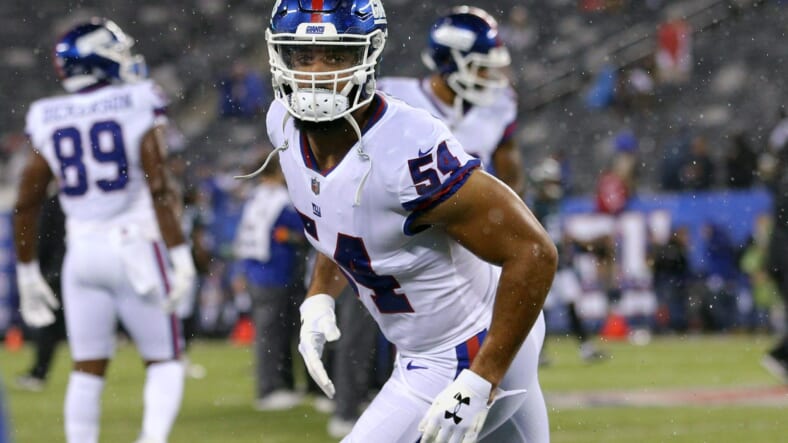 Running back Jonathan Stewart was a highly criticized free agent signing last offseason. General manager Dave Gettleman brought him in to be a locker room presence, but the high price that he paid was confusing to fans.

The Giants have super star running back Saquon Barkley to start all three downs. They also have a solid second running back in Wayne Gallman. It is unnecessary to hold onto Stewart next season, especially when considering the money they can save by releasing him.

Pass rusher Olivier Vernon was signed by the Giants’ former general manager Jerry Reese in 2016. He signed a loaded contract with high cap hits every year of the deal.

Since being signed by the Giants, Vernon has failed to surpass 8.5 sacks on a season. He has also dealt with multiple injuries (Vernon missed five games this season and four games last season due to injury). With his high cap hit and lack of superstar-level production, there is a high probability that Vernon is no longer on the Giants in 2019.

If Vernon is cut or traded after June 1st, the Giants will only take a penalty of $4,000,000 in dead money and free up $15,500,000 in cap space in 2019. Unfortunately, dumping Vernon’s contract after June 1st will not give the Giants many free agent opportunities. Free agency begins in March, and there will not be many key players left on the market in June.

Janoris Jenkins is a cornerback that was also signed by Jerry Reese during the Giants’ spending spree in 2016. Jenkins has been a solid player since joining the Giants, but he has an expensive contract. This contract has been difficult for Jenkins to live up to in recent years, and this has lead to many trade rumors surrounding Janoris.

If the Giants do trade Janoris Jenkins this offseason, they can save a lot of cap space. However, they will also have to eat a lot of dead money. Trading or cutting Janoris before June 1st will save $7,750,000 in cap space, but bring along $7,000,000 in dead money.