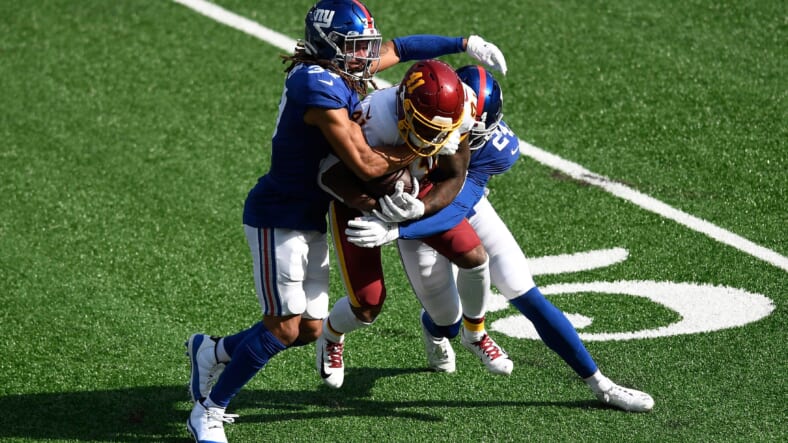 Fighting through injuries has been normal for the New York Giants this season, with star running back Saquon Barkley suffering a torn ACL and rising pass rusher Lorenzo Carter tearing his Achilles against the Dallas Cowboys.

Across the NFL, injuries have been more prevalent than ever, so it isnâ€™t surprising to see promising young quarterback Ryan Lewis go down with his own injury.

Lewis, who has earned significant reps at CB2 alongside James Bradberry, showed up on the injury report last week and was placed on injured reserve Friday. He suffered a hamstring issue and hadnâ€™t spent any time on the practice field this week, meaning former third-round pick Isaac Yiadom will likely start again against Washington in week nine.

How has Ryan Lewis performed for the New York Giants, so far?

Lewis had several tumultuous games but performed well against Washington in week six. He finished with a 71.9 overall grade and a 71.7 grade in coverage. Overall, he has been a below-average player for the Giants, but they have had a rotating rotation in place at CB2. They have gone through Corey Ballantine, Yiadom, and Lewis. This is a position that will certainly need upgrading in the future, but for now, they will have to rely on players currently on the roster.

Through five games, Lewis has 11 tackles, one pass break up, and allowed 236 yards and zero touchdowns. The Giants have a week 11 BYE, which means he could theoretically return against the Cincinnati Bengals in week 12.