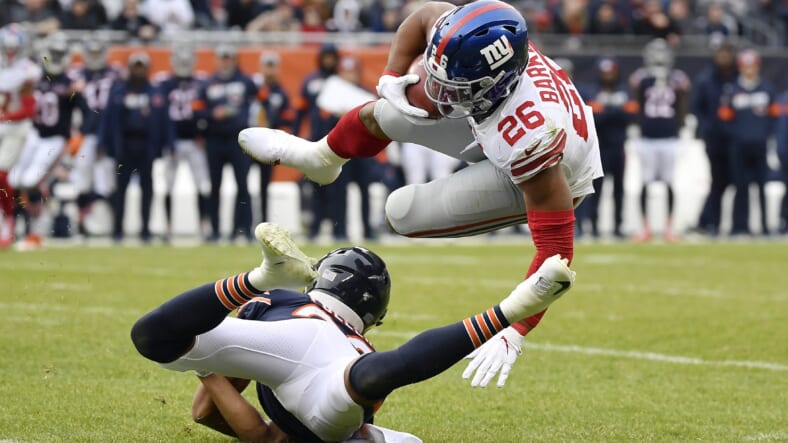 It seems like a sure thing that the New York Giants will pick up the fifth year option for Saquon Barkley. After all, Barkley is their best offensive weapon when he’s healthy and it looks like the Giants have based their rebuilding window partly on the contracts of him and Daniel Jones.

And when Barkley was drafted, one of the big concerns with fans wasn’t his skills but rather whether or not the Giants could win during his contract window.

That narrative has been disrupted by injury in Barkley’s third year in the league. Barkley only played in a couple games last season and hasn’t reached the expected heights projected from his first year. And according to Dave Gettleman who spoke on Tuesday, that could impact the team’s decision on his eventual fifth year option.

“Well, I think that’s part of the discussion and obviously we’re going to have to make a decision in the spring on whether we pick up his fifth-year option or not. You know, again, it comes back to that medical question. It’s unknown and what you have to do is get your trainer and your doctors involved and make your best decision,” Gettleman spoke.

This is a change from what moves were projected for the Giants by most – if you asked anyone last offseason if they would renew Barkley’s fifth year option, almost everyone would say yes.

But just like the career of Odell Beckham Jr., Barkley’s career has been disrupted by injuries and the Giants haven’t been able to get the most out of him. It makes the question of his contract more murky.

Hopefully, Barkley will be able to make a full recovery this season and that will be in the past. But, for a hard runner like him, that’s no guarantee.