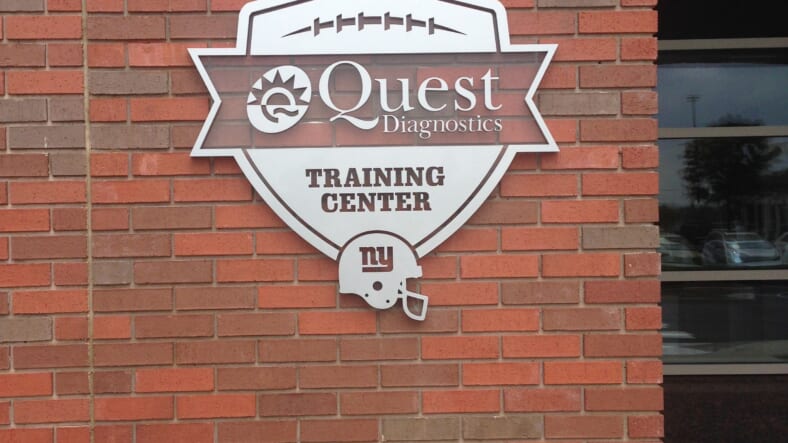 The news of the New York Giants coming to a deal with Kyle Rudolph made it seem like it was official that the tight end was signed, but that wasn’t the case. Most of the time, a player undergoing a physical exam is just done for procedural reasons and you can assume a player will sign if they’ve already made it to that stage. Sometimes, though, the physical actually comes up with something that was missed before. And this can throw a wrench into things.

It appears this is what happened to the Giants, who found something that they don’t like in Rudolph’s physical according to Mike Garafolo.

There’s a snag in the #Giants’ addition of TE Kyle Rudolph. Sources say the team’s medical staff is concerned with Rudolph’s foot after his physical and believes he’ll need surgery. The sides are discussing how to proceed. The two-year deal was agreed to but not yet signed.

That problem has to do with Rudolph’s foot. The team believes that the player will need surgery on his foot and it looks like that might change their interest – or at least, it might change the deal that they’re willing to give him. Previously, Rudolph was reported as having come to terms with a two year deal with the Giants.

It’s easy to see why the team might have more leverage than Rudolph here considering how they already have Evan Engram as a starting tight end and Rudolph is being added for further depth. Considering this, they may not want to pay him as much knowing that he has a possible surgery coming up that could impact his performance on the field.

Not much has come out yet about how this will impact the deal but the matter is seemingly being discussed by both sides. It’s entirely possible that we’ll still see the deal go through – but maybe with terms updated to reflect the situation.