New York Giants: Osi Umenyiora gives his take on the sad state of the team 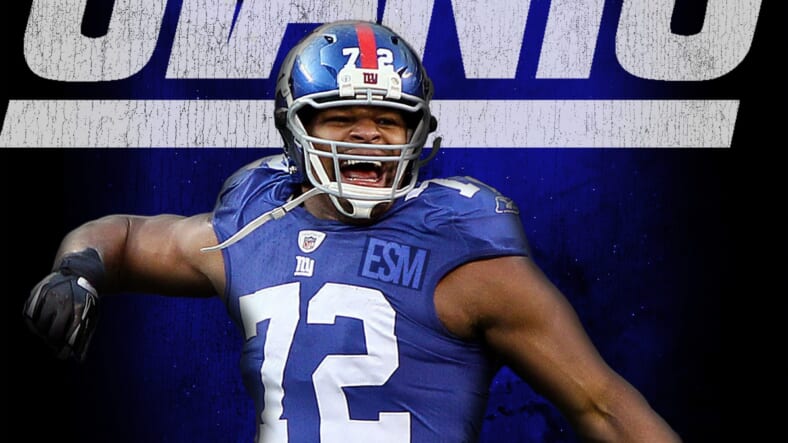 The New York Giants are a bad football team. They are 0-4 in 2020 and have only won nine of their last thirty-six games. These are trying times for fans who are losing hope. Even former players are losing hope.

Two-time Super Bowl Champion pass-rusher Osi Umenyiora has given his take on the sad state of the New York Giants. As one would expect, he is disappointed like the rest of the fans.

Osi Umenyiora: “What the hell happened?”

Sad and confused, like the rest of the Giants’ fan base, Osi Umenyiora asks, “What the hell happened?”

But in some form or fashion they have almost lost their way. They have lost their identity. Like, what is the New York Giantsâ€™ identity right now? I couldnâ€™t even tell you what it is. – Osi Umenyiora via the NY Post

Like all Giants fans, Osi is disappointed with the performance of the New York Giants over the last eight seasons. He pointed out how the Giants have one winning season in the last eight years, and how the eight years prior were so different. New York won two Super Bowls in those previous eight years.

The old Giants were “hard-nosed” and “physical,” as Osi pointed out. That was the Giants’ “identity.” But now, Osi cannot pinpoint what the Giants’ identity is anymore:

I donâ€™t know what they are as a football team and how that happened, how that transpiredâ€¦I will never really understand. What do we need to do to get back to where we were? Now thatâ€™s a story all in itself.â€ – Osi Umenyiora via the NY Post

It is had to disagree with anything that Osi Umenyiora said in this interview with the NY Post. The Giants have been bad for years now and have shown no signs of improvement. Back when Osi was on the team, the Giants had a strong identity and were a winning football team. It has all been downhill since then. Hopefully, sooner than later, New York is able to turn it around.