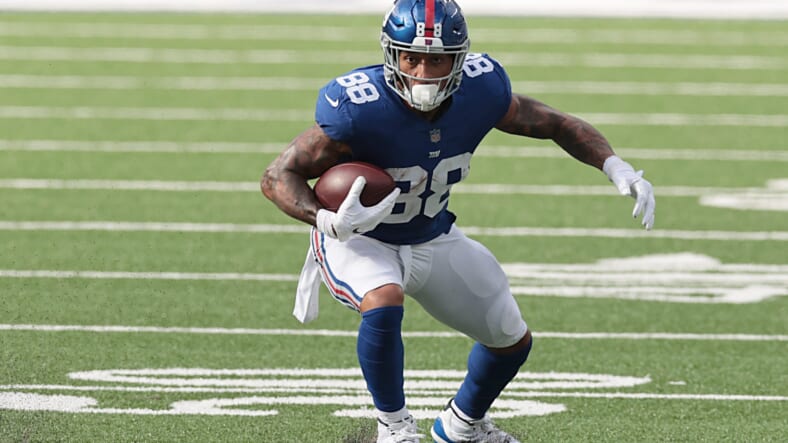 The New York Giants have a lot to worry about going into their game with the Seahawks, where they may be missing Daniel Jones. But for now, they can celebrate another consecutive win after taking down the Cincinnati Bengals by a narrow margin. Despite the low scoring nature of the game, the Giants had some big plays on both offense and defense. And now that it’s all said and done, it’s worth going back and taking a look at both.

Evan Engram has struggled in recent years, and even during this current season. He had a somewhat slower start and his most well known moment this season is likely the drop that cost the Giants their first game with the Eagles. However, Engram has started to pick his game up recently and had some of the biggest receptions for the Giants in their win against the Bengals.

The most notable one from this game, of course, is the 53 yard reception that came relatively early in the game during the first quarter. The Giants scored a touchdown on this drive to take the initial lead and that was in large part because of Engram helping them get down the field to make it possible.

Also, it’s worth noting that this wasn’t a completely uncontested catch either. Engram has had trouble over his entire career with catching the ball under pressure, so seeing him make the longest reception of the Giants season so far while also beating a defender is a nice moment worth recognizing after the fact.

Jabaal Sheard isn’t the most used defensive lineman that the Giants have. He played on about half their defensive snaps against the Bengals and played in 28% of their defensive snaps in the game before that, against Philadelphia. However, Sheard picked up his first sack of the season in this game in addition to registering three tackles for the second time this year.

The sack was a rather significant one as it ended the game and secured the win for the Giants. Brandon Allen went down for a 13 yard loss and Leonard Williams picked up the forced fumble to ensure the Bengals wouldn’t have a chance at getting the field goal that they were looking for, which would have given them the win.

After the Giants have blown other games this season which they could have won, it’s good to see a play like this – a clutch defensive play coming at the end of the game and keeping the result in favor of the Giants rather than throwing out the lead and allowing the other team to jump ahead.