New York Giants: One big breakout candidate on the defensive line for the 2021 season 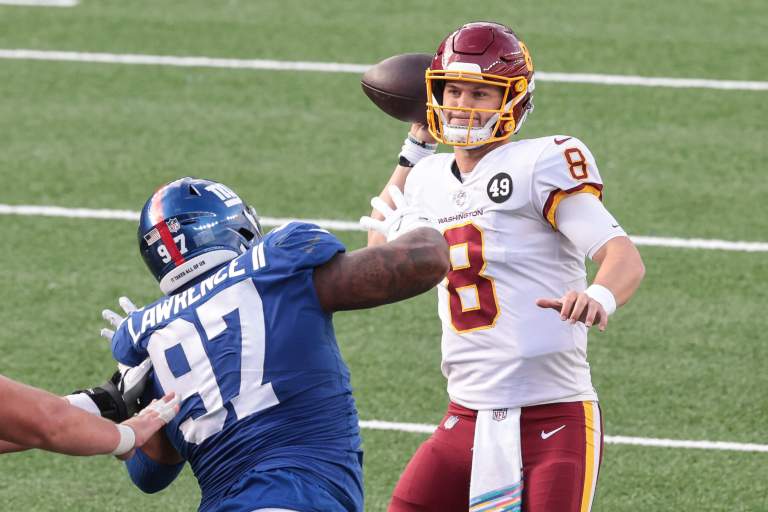 One of the New York Giants’ most undervalued players is interior defensive lineman Dexter Lawrence, who is preparing to enter his third season at 23 years old. The 6’4″, 342-pound defender has proved to be a key cog in the interior for Big Blue alongside Leonard Williams.

Lawrence featured in 60% of defensive snaps last season, 3% less than his rookie season, but saw his statistics increase considerably.

He elevated his tackle totals from 38 to 53, earned 1.5 more sacks, and recorded more quarterback hits in nearly 50 fewer snaps. The statistical elevators are a clear indication of his quality and improvement, and the Giants expect him to be an even more important factor in their defense moving forward.

With Dalvin Tomlinson signing with the Minnesota Vikings this off-season, Lawrence will have to fill multiple roles and ultimately features in several alignments. Lawrence has the capability to play at nose tackle over the center, 3-tech, and 4i. This gives coordinator Patrick Graham plenty of flexibility when it comes to being creative and operating with multiple outside linebackers, and utilizing stunts to confuse offensive linemen.

According to one teammate, Lawrence is a “freak of nature,” and once he gets going, he’s simply impossible to stop.

“Dexter Lawrence is another freak of nature,” Blake Martinez told the New York Post. “He basically is just a little taller, so he kind of looks a little more thinned out. We call him the ‘Juggernaut.’ As in the Marvel Comics character: He pretty much runs through anything and nothing can stop that dude.”

The New York Giants have a unique player in “Big Dexy”:

With his size, most would assume Lawrence is a traditional nose tackle, but he has the quickness and agility of an interior pass rusher that primarily features in the 3-tech, similar to Leonard Williams.

The Giants not only signed a bevy of new pass rushers to add to the interior but also bolster the secondary, signing Adoree Jackson and drafting Aaron Robinson to play a more man-coverage-based scheme. With better corners and an experienced trio of safeties, the defensive line will only benefit from these additions and contributions.

The most valuable part of Lawrence is his ability to create pressure on quarterbacks but also play the run at a high level. According to PFF, Lawrence finished with a 73.1 overall grade last season, securing a 3.8% missed tackle rate, far lower than the 11.6% he posted in 2019.

With the proper coaching and support, the Giants might have one of the best interior defenders in the league blossoming before their eyes, and a full offseason of training and chemistry building should benefit him tremendously.