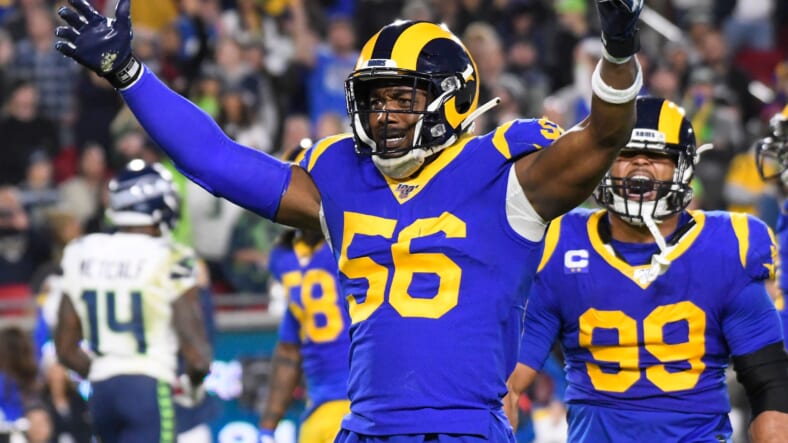 The New York Giants are in the market for a new pass rusher this off-season, as Jadeveon Clowney and others remain available.

In 2019, the Giantsâ€™ best pass rusher was Markus Golden, who logged 10.0 sacks coming off two years of injury. General manager Dave Gettleman is looking to bring Markus back for a second season and beyond, but there is no guarantee in free agency. The Giants will be looking at all options to fill the void, as they realistically need two quality pass rushers to improve pressure on opposing quarterbacks.

The New York Giants could take a different route than Clowney:

Fowler is one of the more affordable options in 2020, considering his production has limited his price tag and his overall ceiling is not as high as Jadeveon Clowneyâ€™s.

However, Fowler posted solid numbers last season, logging 11.5 sacks, 35 pressures, and 58 combine tackles. This was his best season by far and he took a major step forward from his four-sack performance in 2018. Inconsistency has been his biggest downfall and con since his inception into the NFL in 2016. Last yearâ€™s campaign was the first he posted double-digit sacks in his career, also breaking personal records in quarterback hits (16), tackles for loss (16), and passes defended (6).

The best part about Dante’s performance was that he featured in a 3-4 scheme as an outside linebacker, similar to the role he would play with the Giants if they elected to take a chance on him.

While his performance last season will undoubtedly earn him a pretty penny in free agency, I anticipate his price tag landing in the $15 million range, significantly less than Clowneyâ€™s projected per-year average at $22 million. With the majority of the star pass rushers on the market being franchise-tagged, the Giants will have to settle for a lesser option and hope for the best, and while Jadeveon represents the best of the crop, Fowler might fit their scheme better at a cheaper price.