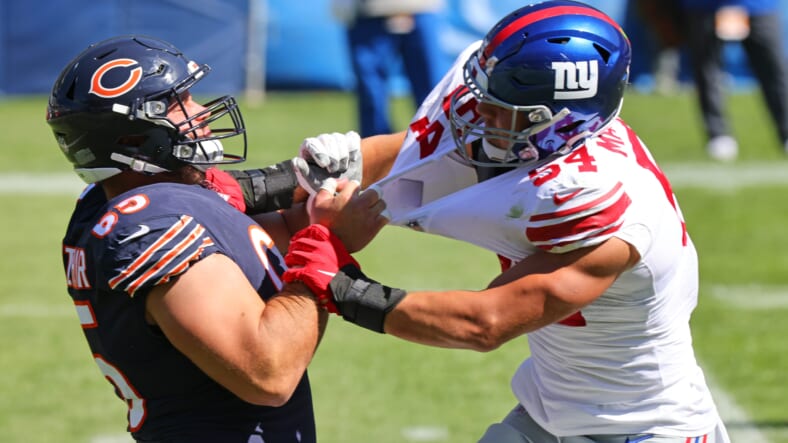 Heading into the 2021 off-season, nobody expected the New York Giants to be as active as they were. Signing WR1 Kenny Golladay and a premier corner in Adoree Jackson did not seem like it was on the horizon, but management feels as though they can win with their current team, clearly. Based on the defensive performance last year and incredible coaching staff, the offense simply needed more weapons to work with. Adding Golladay, John Ross, and Kyle Rudolph should give quarterback Daniel Jones and coordinator Jason Garrett more weapons to work with, spurring creativity.

However, all of these moves cost an immense amount of money, so it was no surprise that the Giants elected to restructure some of their current deals, despite GM Dave Gettleman voicing his caution on doing so.

The issue with this move is that the money gets pushed to 2022, so the Giants will have massive cap hits next season they will have to work with. However, they have filled multiple essential spots with free agents, and now they need to utilize the draft to plug any remaining holes and add to their squad.

The Giants signed TE Kyle Rudolph this off-season, formally of the Minnesota Vikings. There has been a snag in his contract, though, as a foot injury held him out of the final four games of the 2020 season. The Giants didnâ€™t expect his foot to require surgery, potentially, which could impact their agreement with him. Considering the injury, I expect the Giants to offer him a lesser deal based on the improbability of him returning to 100% for the start of the regular season, let alone offseason work.

They originally agreed to a two-year, $12 million deal, but that was pending his physical. The Giants must explore his readiness for the upcoming campaign, and if the rehabilitation process is lengthy, they could elect to part ways and reallocate their money. The public entity of this injury has been exposed, but the length it will take him to recover is still murky. We will keep an eye on the situation as things develop.

The deal hadn’t been signed yet, so it’s possible they part ways.

Interesting development we will keep our eye on.