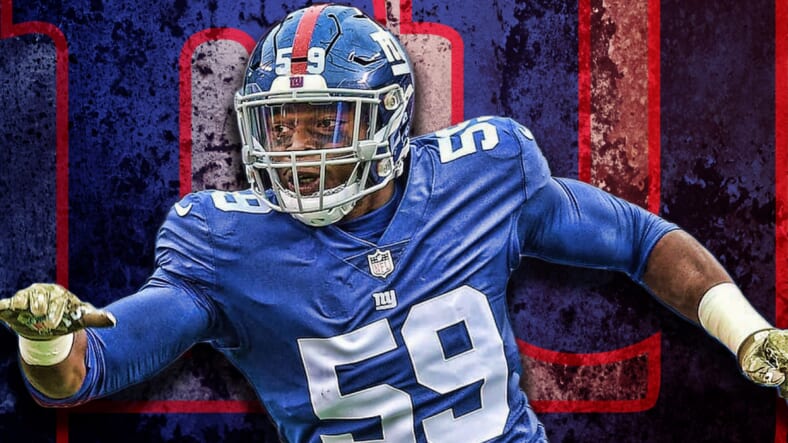 The New York Giants are struggling through the first two weeks of the 2021 NFL season. The Giants are sitting low with an 0-2 record that places them at the bottom of their division. In 2020, the Giants’ defense was a top-ten unit. But this season, the team’s defense looks like a shell of its past self as opposing teams have picked the unit apart. One of the biggest issues for the Giants defensively is their pass rush.

The Giants need more from their pass-rushers

The New York Giants accumulated 40 total sacks in the 2020 regular season (T-12). The Giants accomplished this with a group of pass-rushers that lacked a big-name star entering the season. Interior defensive lineman Leonard Williams stepped up and earned a big contract with a career-high 11.5 sacks in 2020, but in 2021, Williams has not been able to record a sack yet through two games.

The Giants’ biggest pass-rushing problem, though, is on the edge. Edge rushers Lorenzo Carter, Oshane Ximines, and Azeez Ojulari are not doing enough to help their team succeed.

Lorenzo Carter, the team’s primary pass-rusher, has yet to record a sack. Oshane Ximines, another veteran edge rusher, has also not recorded a sack through two games. Azeez Ojulari has managed to record 2 sacks, putting his rookie season off to a strong statistical start. Unfortunately, his struggles in run defense seem to be overshadowing his two sacks (one of which was a coverage sack, the other a cleanup).

Last year, Patrick Graham received great amounts of praise for his complex defensive scheme that disguised zone coverages and generated pressure with creative blitz packages. So far this year, the scheme looks completely changed. The new scheme does not seem to be working, either.

The Giants are allowing 413.5 yards per game through two weeks. They have faced Teddy Bridgewater and Taylor Heinicke. It’s not like the Giants are getting thrashed by elite, top-ten quarterbacks. But what do you expect when the opposing team’s passer has all day to throw? If the New York Giants want to turn things around on defense, they need to start generating some pressure on the quarterback.