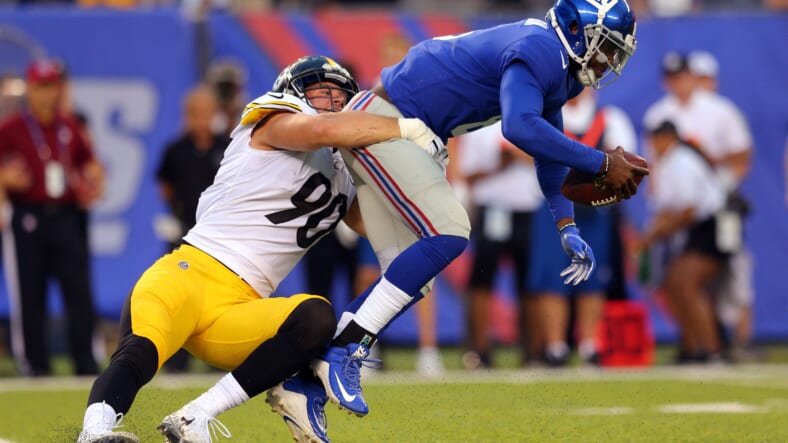 We’re not far into the 2020 season, but the New York Giants already have comparisons to previous seasons. That’s because the team has started 0-3, and after their most recent loss, Dave Gettleman is once again on the hot seat. As for takes on the team from outside the Giants fanbase, the outlook isn’t positive either.

ESPN released their power rankings following the conclusion of week 3, and both New York City teams occupy the bottom spots. According to these rankings, the Giants aren’t quite as bad as the Jets. But their position is still one of the worst in the league regardless. What did ESPN have to say about the team specifically?

The Giants fell from their previous position of 29th and the drop in ranking came with a scathing review of the team’s situation. After the team’s offensive performance against San Francisco, the offense was mentioned in specific as a weak point by Jordan Raanan.

What we got wrong:Â Saquon Barkley would approach 2,500 yards from scrimmage.

Give me a little break? Barkley’s knee gave out while he was being tackled in Week 2. Instead of getting the ball a ton and playing in an offense that was built around him, he’s now out for the season. The Giants are without their best player and their offense is a mess, which makes my prediction that this would finally be tight endÂ Evan Engram’s big year another bad miss.

After all, this was supposed to be Gettleman’s chance to turn it around after a bad start. If the Giants simply repeat the same old performance from the last couple of seasons, the ownership may finally tire of the team’s architect.

For now, though, the Giants still have a chance to climb out of the basement. But as the gap between them and better teams grows in the standings, that window is closing rapidly.