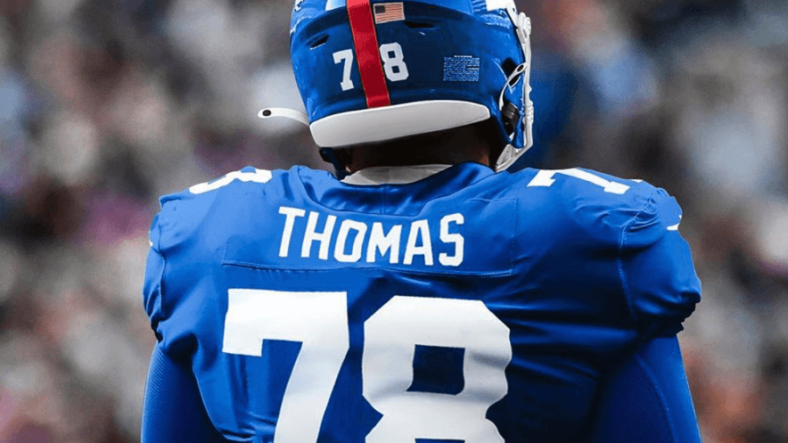 The New York Giants went with a safe pick at a position of need last year and brought on Andrew Thomas in the draft, and this year, they may draft another such lineman. According to ESPN analyst Mel Kiper Jr., however, Thomas is hardly better than the tackles coming out right now despite having a year of experience in the league.

The names that are being thrown around as top prospects at the tackle position are Penei Sewell and Rashawn Slater. The Giants are believed by some to be in a position to draft Slater at number eleven, while Sewell is expected to be off the board before then.

According to Mel Kiper, those two players are also better than Andrew Thomas and would be taken higher if Thomas was on the draft board.

Mel Kiper Jr. says he would have #Giants Andrew Thomas at No. 3 OT in this year's draft, behind Sewell and Slater. "He's been a disappointment up to this point. He needs to be a good LT." Remember, he had Thomas behind Wills and Wirfs last year, too. #nfldraft

Thomas did have one of the rougher starts to a season out of the highly drafted rookies from his class. However, despite that run of form causing many concerned comments that the Giants might have chosen wrong, his play started to pick up throughout the season.

To his credit, he would have to undergo surgery during the offseason for an ailment that was previously undisclosed. It’s safe to say that might have affected his play. Also, Thomas was faced with some very tough pass rushers and without much time to get his career on its feet. That was a definite factor in his slow start, but expectations will still be high going into next season.

After all, the Giants spent a top five pick on Thomas. It won’t reflect very well on either him or the team if the top rookies from this year are able to jump into the league and immediately perform better without the same experience.