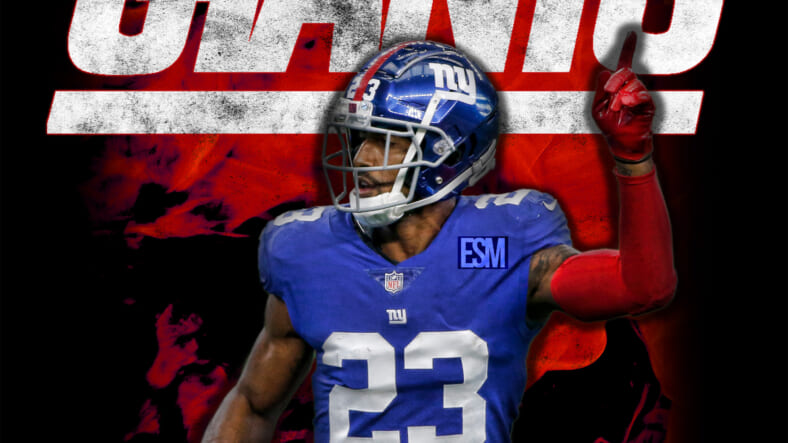 The New York Giants are coming off of a huge Week 12 victory over the Cincinnati Bengals. The Giants’ defense was dominant in this week’s victory that pushed the Giants to first place in the NFC East. New York held Cincinnati’s offense to a total of only 155 yards.

The Giants’ defense was exceptional against both the run and the pass and even forced three turnovers. New York saw multiple defensive players have standout performances, but none greater than safety Logan Ryan.

Logan Ryan had a phenomenal Week 12 performance that saw earn a spot on Pro Football Focus’s Team of the Week. Ryan was a defensive force for the Giants, totaling 6 combined tackles, 1 pass defended, 1 forced fumble, and 1 fumble recovery. He was a true defensive playmaker for New York against Cincinnati.

Logan Ryan was listed as the FLEX defender on PFF’s Team of the Week. According to PFF, Ryan had two pass breakups when not the primary coverage defender this week. His forced fumble in the fourth quarter was also one of the most clutch plays of the game:

This was another great performance in the midst of an excellent season for Logan Ryan. Ryan seems destined to become a Pro Bowler this season. Ryan was leading all NFC free safeties in Pro Bowl voting earlier this week. This would be Logan’s first Pro Bowl nomination of his career.

This is well deserved as Logan Ryan has been phenomenal as a new member of the New York Giants’ secondary in 2020. Playing opposite of Jabrill Peppers, Ryan has flourished in his new role as a free safety. The Giants signed Ryan to a one-year deal this offseason, but with the way he has played, it seems likely that he will be around longer than that. The Giants would be wise to extend their standout safety.