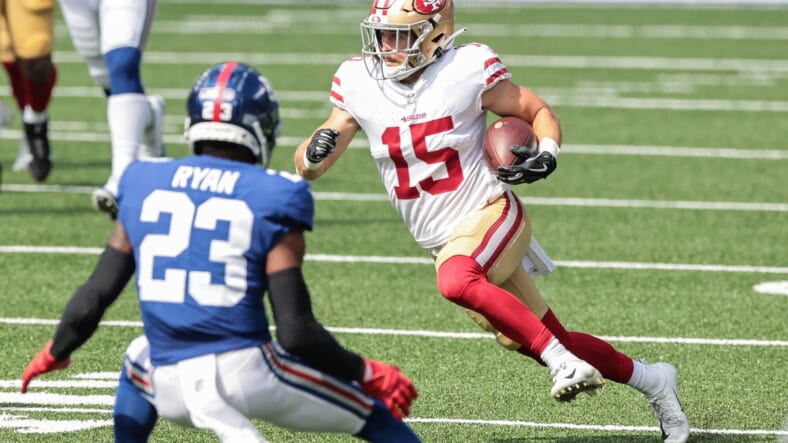 The New York Giants are set to take on the Eagles in a regional rivalry game on Thursday Night Football, and this one will pit a lot of families against each other.

The Giants and the Eagles play within close proximity of each other compared to some other divisional rivalries and the state of New Jersey is largely split between the two when it comes to fandom. That means some extra bragging rights are at stake for the Giants players who come from the state.

One of those players is recent addition Logan Ryan. When Ryan was signed to the Giants, it was just about a perfect fit. Not just because the team needed another defensive back, but because Ryan himself is from New Jersey and finally received the chance to play for his hometown team.

But all of Ryan’s friends and family? Well, not all of them will be rooting for him on Thursday night.

“I didnâ€™t grow up too far away. I definitely have some family members that grew up Eagles fans. I understand the rivalry in this division, I grew up in it,” Ryan said to reporters on Tuesday.

“I grew up watching all these Giants games, Eagles games. [I] Bleed blue right now, this is where I wake up early every day and put it on for them. My teammates support me, and the coaches support me. Iâ€™m bleeding blue all day for this one. Iâ€™m excited to upset a lot of family and friends who may be watching. If theyâ€™re not on my side, theyâ€™re on the wrong side.”

The Eagles started bringing fans back into the stadium with the last game, and fans will once again be allowed for the game against the Giants. It means Ryan might just have some familiar faces in the stands, and not just watching from at home.

That should serve as a motivating factor for Ryan, who has already proven to be a big player in the secondary so far. With 39 combined tackles so far and one forced fumble, Giants fans can hope the extra motivation pushes Ryan to improve his stats even further.