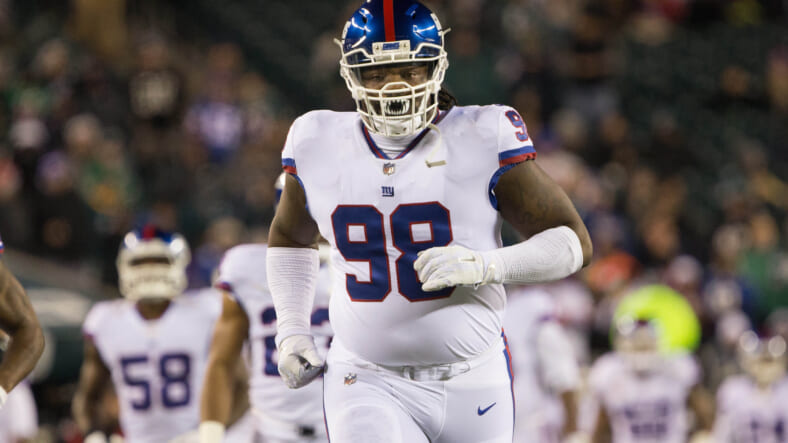 There are multiple sides to every trade and offseason move, and some more information is coming out about some of the ones the New York Giants have made under the new regime of GM Dave Gettleman. Some of those moves were more controversial than the rest, but it’s safe to say most of the fanbase wasn’t that satisfied when run-stopping defensive tackle Damon Harrison was traded last season for the low price of a fifth round draft pick.

The trade signaled to many that the team would focus on rebuilding rather than trying to win. It didn’t seem likely, after all, that the Giants would be desperate to move one of their best defensive players for such a low price if that wasn’t the case. Now, however, a bit more is coming out about the circumstances around the trade.

“Pierre-Paul and Harrison had a confrontation late in 2017, right around the time Gettleman arrived. Harrison then wasn’t around for most of the new regime’s first offseason, which didn’t seem to sit well,” reported ESPN’s Jordan Ranaan. It looks like these issues in 2018 tied into the Giants’ decisions, with Pierre-Paul leaving the team through free agency and Harrison ending up traded to the Lions.

But just how good of a choice was it to let something like this impact the Giants’ decisions when it came to who to keep and who to let go or move?

Letting Jason Pierre-Paul move to Tampa may have been an advisable move, as the player had already been on the decline for at least a couple of years. but with the loss of Harrison, the Giants lost one of the best players against the run in the entire league, for a low price.

The locker room does matter, on one hand, but when the team has traded or let go of a number of their top players and locker room matters likely played a part in it, you have to ask whether or not the moves are legitimate or simply because the sensibilities of the General Manager were offended.

Regardless of any locker room problems, after all, the Giants did see their last playoff appearance when the team still had the likes of Harrison and Odell Beckham Jr., which is something the Giants under Gettleman were never even in the running for.