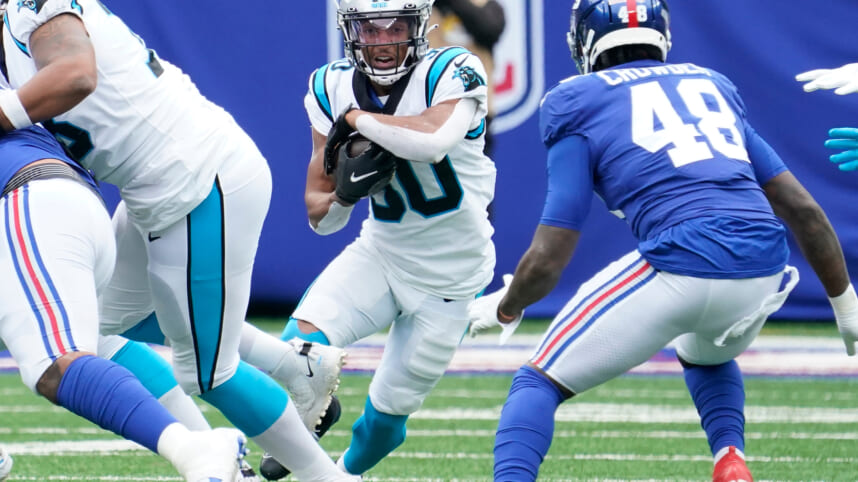 The New York Giants‘ defense has surpassed all expectations through three weeks of the 2022 season. However, there is one glaringly obvious problem in Big Blue’s unit. The linebacker position has proven to be a problem for the Giants, and it appears to be a problem that will not be going away anytime soon.

Linebackers Tae Crowder and Austin Calitro have started for the Giants’ defense in the first three weeks of the season. However, the pair of backers have struggled immensely in their roles. The struggles have intensified, forcing the Giants to get creative with their defensive personnel packages. New York has run a hefty amount of dime defense, playing safeties Julian Love and Xavier McKinney in the box as hybrid linebackers.

The struggles of the New York Giants’ linebackers in 2022

Tae Crowder and Austin Calitro are struggling as the starting linebackers of the New York Giants. The position was left paper-thin ahead of the regular season as the Giants released veteran linebacker Blake Martinez at the end of the preseason. Martinez was formerly a captain of the defense and was expected to continue in his starting role with Big Blue. But after a disappointing summer, the Giants moved on from Martinez, leaving Crowder and Calitro in the middle of the defense.

Crowder and Calitro were never meant to be a pair of starters. The Giants have mostly gotten by with them as their starting linebackers thanks to the creativity of defensive coordinator Wink Martindale and his ability to utilize the depth in the secondary. But it is worth noting the lack of production that the Giants are receiving from their linebacker position.

Austin Calitro has not been much better. He has been targeted four times through three games, giving up a reception on all four targets for 39 yards and one touchdown. Calitro has also seen his playing time decrease in recent weeks. He played 44 total snaps for the Giants’ defense in Week One. In Weeks One and Two, Calitro has played a combined 18 defensive snaps. After proving to be a liability in coverage, the Giants have been forced to rely on safeties in the box instead of linebacker Austin Calitro.

The New York Giants’ problem at the linebacker position is not going away. The team not only lacks quality starters at the position, but they also lack quality depth. The only way for the Giants to get by is to continue relying on safeties Xavier McKinney and Julian Love to get the job done in the box.