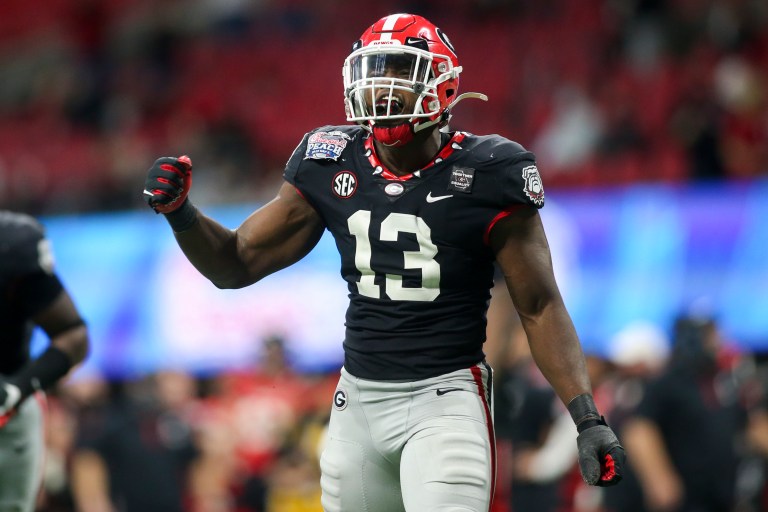 The New York Giants have another impact player on defense going into this season, and we’ll soon witness his regular season debut. That player is Azeez Ojulari, who the Giants took in the second round this year – but it appears that Ojulari was severely underdrafted. The Giants were able to get the player at such a low spot because of draft week injury rumors, but after training camp and the preseason, Ojulari looks healthy and ready to play.

And he already has teammates singing his praises, including the Giants’ leading pass rusher Leonard Williams. As the player who led the Giants in sacks during the past season, Williams is someone who will likely share playing time with Ojulari in the pass rush and who will already have experience working hands on with him throughout training camp.

Williams was asked on Friday what he’d seen from Ojulari that showed the rookie can make an instant impact. His answer had to do with confidence.

“Honestly, just his confidence. When he first came in, I could tell he was young, he was still trying to find himself in the defense and on the team and rightfully so. As a young guy, you can’t come in and be above everybody. He knew the position that he had to take, but now he’s really stepped into himself,” Williams told reporters.

Furthermore, he claims that Ojulari is in a position to start making plays rather than just picking up the ropes of the system.

“I think he just got more comfortable with himself – not saying that he wasn’t comfortable before he got here, but just seeing his comfortability level between him and other players, and his ability to just be himself out there on the field and not be like a robot just trying to play a system.”

With first round pick Kadarius Toney having a slow start to his career, most publications have named Ojulari the most impactful rookie for the Giants this season. And his presence in a much needed position, pass rusher, could easily make him a fan favorite if his rookie performances are strong.

We’ll get our first look at Ojulari against the Broncos in week 1, and depending on how the game goes, it may not take long for him to receive recognition for his skillset as the defense faces off against new Broncos quarterback Teddy Bridgewater.