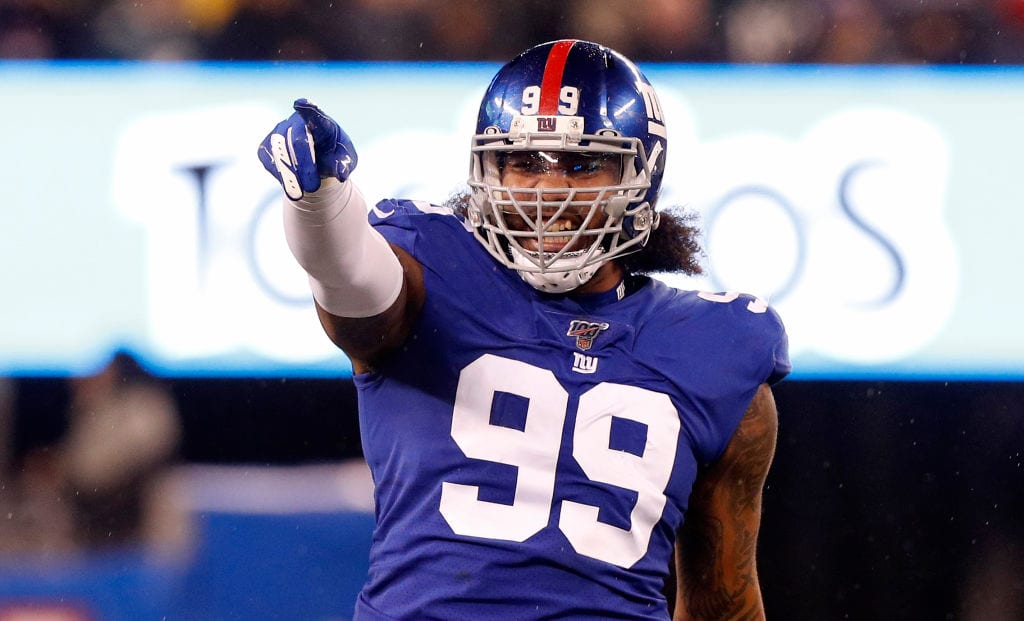 The New York Giants are once again staring down the barrel of ignorance, as interior defensive lineman Leonard Williams is asking for what some might say is crazy money.

He undoubtedly deserves somewhere in the $12-14 million range on a long-term deal, but the money heâ€™s asking for makes me think heâ€™s reading someone elseâ€™s production.


An update on the Leonard Williams contract situation, per @RVacchianoSNY: Talks started late last season; The two sides are â€œnot closeâ€ on a deal as LW is â€œseeking a deal worth $18-$20M per seasonâ€. The deadline is July 15th.

Horrible situation the #Giants put themselves in.

According to Raul Vacchiano of SNY, the Giants and Williams started negotiating late last season, but the two sides are “not close” on a deal. Apparently, he is seeking $18-20 million per season, putting him in the same monetary range as Kansas City Chiefs star, Chris Jones.

Letâ€™s take a look at Jones and his production over the past few seasons, specifically in 2019, when he was elected to a Pro Bowl. Last season, Jones posted 9.0 sacks, forced one fumble, earned 36 combined tackles, and logged 20 quarterback hits. If you go back one more season to 2018, he posted 15.5 sacks, 40 combine tackles, 29 quarterback hits, and forced two fumbles.

His numbers make Williams look like an undrafted free agent, which is why entertaining that type of money for a player of his caliber isnâ€™t even worth talking about.

The New York Giants have options after 2020

Jones will be a free agent after the 2020 campaign, giving the Giants a fantastic option in case Williams doesnâ€™t produce. It is estimated that Jones will be seeking a deal in the $16-20 million range, similar to Williams. He is currently on a one-year deal with the Chiefs, earning $16.1 million this upcoming year.

Of course, there is the possibility that Williams has a fantastic season, but he hasnâ€™t earned over five sacks since 2016 in his sophomore year. It would be silly to entertain a contract worth more than $14 million per season for Leo, who hasn’t sniffed a Pro Bowl in three seasons. With Gettleman in charge, though, anything is possible.

It is also fair to mention that Williams has a ton of hidden production, but even after considering those statistics, he is nowhere near worth the amount he is looking for on a per-season basis.