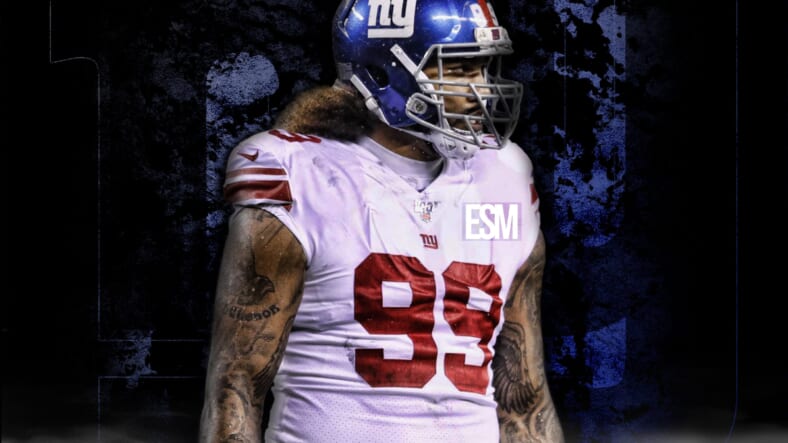 The New York Giants spent a bunch of money this past offseason improving their roster and retaining their star players. One of the biggest contracts the Giants gave out was the one to defensive lineman Leonard Williams. Williams and the Giants inked a three-year, $63M contract that made him the highest-paid player on the team and one of the highest-paid defensive linemen in the NFL.

Leonard Williams earned this contract after a career year in 2020. Big Cat recorded a career-high 11.5 sacks last season as he established himself as a premier defender. The Giants paid him as such.

At the beginning of this turbulent 2021 season for the Giants, some fans were displeased with the way Williams was playing. But, upon further review, Leonard Williams is continuing to play at a high level through nine weeks.

The New York Giants have struggled to get after the quarterback at times this season. But the team seems to be figuring it out as Azeez Ojulari and Leonard Williams have both recorded 5.5 sacks apiece. Though he may have gotten off to a slow start this season, Leonard Williams has turned this season into what could be one of his best. The Giants’ defense is lucky to have one of the best interior defensive linemen in the NFL lining up for them on Sundays.