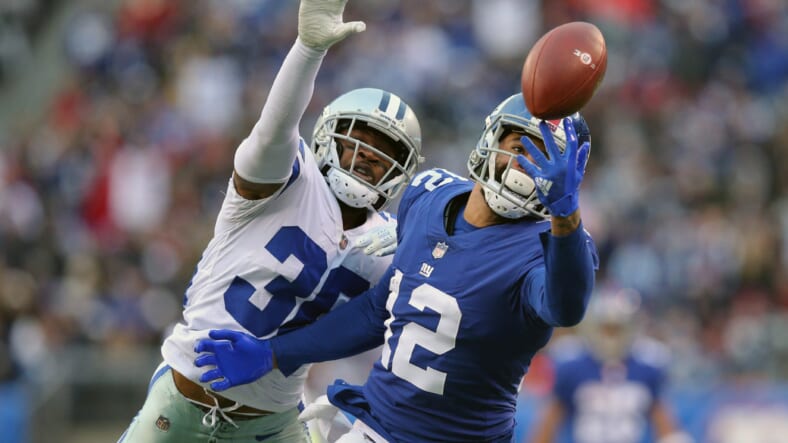 With injuries and suspensions to star players comes chances for lesser known players to shine and that’s exactly the position that New York Giants receivers Cody Latimer and Bennie Fowler are in following the news that Golden Tate will likely miss the start of the season with suspension and that Corey Coleman will be out with a torn ACL. It seems Sterling Shepard will be back for week one following a fractured thumb if things go well, but that’s about the only good news the team has gotten at the receiver position recently.

“Weâ€™re just a bunch of hungry guys. Bennie and Russell are so humble and just so hungry. Watching them every day and the excitement they bring, it motivates me. Me and Bennie have been competing for years now and to see him never slouch, every day is always bringing it and always hungry,” Latimer said on Wednesday.

Fowler and Latimer were teammates on the Denver Broncos before the former ended up spending time with the Patriots and Bears and the latter ended up in New York before their eventual reunion. Fowler ended up playing in 10 games last season and scored one touchdown for the Giants, a number that may improve with a full season to work with.

“We donâ€™t know whatâ€™s going to go on with Golden, but we know [Sterling Shepard is] going to be back. Itâ€™ll be Cody, [Russell Shepard] and Sterling out there, just like how we finished the Dallas Cowboys game last year,” Fowler stated.

Will this receiver corps be enough to prevent another early season skid that turns into a worse one as the season continues, like the one that happened last year? We’ll just have to wait and see.