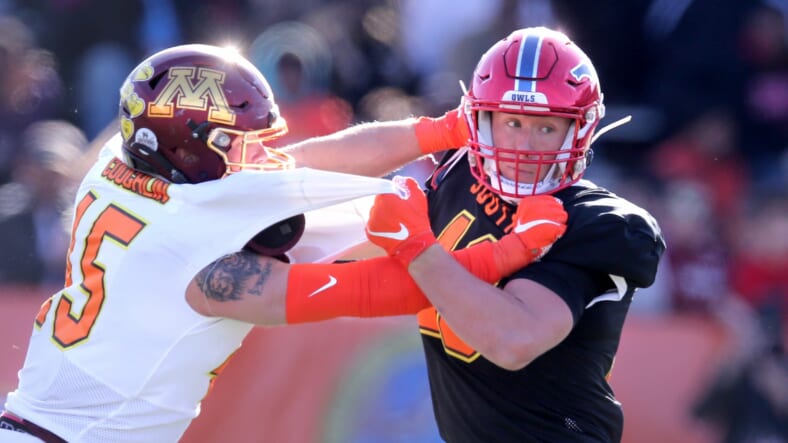 The New York Giants secured Carter Coughlin, outside linebacker out of Minnesota with the 218th overall pick.

The New York Giants went with back to back outside linebackers in the later rounds –Â  Penn State defender Cam Brown and Minnesota pass rusher, Carter Coughlin. Coughlin is a senior for Minnesota, weighing in at 6-foot-3 and 236 pounds.

He had a speedy 40-yard dash of the NFL combine at 4.57. Heâ€™s a bit small for an edge defender at the NFL level, but he plays with a high football IQ and motor to help them produce.

He does have a nice blend of pass rush movies but just lacks the strength to beat tackles at times. Heâ€™s proactive in his approach, and his intelligence allows him to compensate for his lack of size at times.

His ability to get into the backfield and create turnovers is one stand out factor that he brings to the table: his three forced fumbles and 9.5 tackles for loss last season glow on his stat sheet.

His lack of size and play strength severely limits his potential, but if he can gain some mass, he could end up being a solid rotational player for the Giants. In addition, he lacks the necessary bend to break down tackles on speed rushes. However, he is agile and can use that to his advantage. I anticipate him featuring as a special teams alternative for the time being, but the Giants found a developmental player who can leave an impact in a few years, hopefully.