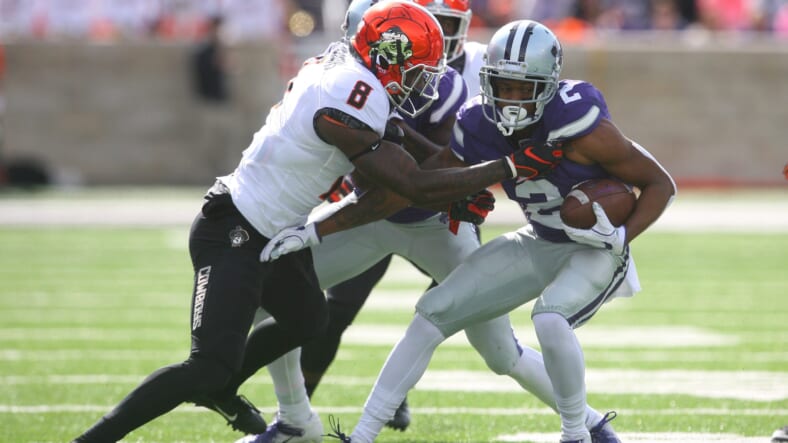 Surprisingly, the New York Giants completely passed on the offensive line crop in the 2021 NFL draft, but they did walk away with several fantastic players to work with. After drafting running back Gary Brightwell with the 196th overall pick, the Giants found themselves in a position to land Oklahoma State CB Rodarius Williams at 201.

Williams is the brother of Greedy Williams, a former high-round draft pick that went to the Cleveland Browns out of LSU. A long, aggressive tackler, his brother Rodarius spend his career with Oklahoma State and is a perfect special teams candidate in his rookie season under head coach Joe Judge.

As a rangy corner with solid athleticism, he has solid straight-away speed and tackling aggression, which makes him perfect for a gunner role on the punt unit to start his career.

Heâ€™s not much of a quick-twitch corner who can react at a high level, but he does have solid football IQ and gets himself in good positions to make plays. Thanks to poor quarterback play, he was able to undercut routes and contest underthrown 50/50 balls with his decent height at 6-feet.

I like Williams as a developmental pick who can contribute to special teams right away, but thatâ€™s about as far as I see his career taking him in the earlier years. However, he has some fantastic names ahead of him like James Bradberry and Adoree Jackson to show him the ropes.