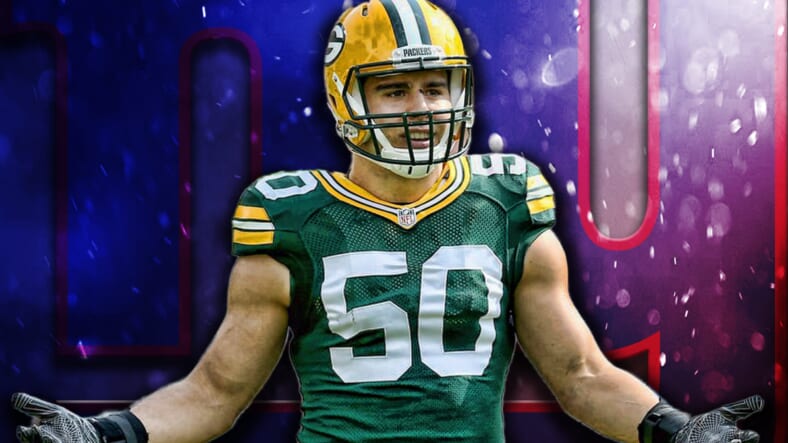 The New York Giants have made another free agent signing. This time, Dave Gettleman and company struck a deal with inside linebacker Blake Martinez, per Mike Garafolo. Martinez and the Giants have agreed to a three-year deal worth $30 million.

Blake Martinez is a four-year NFL veteran who has spent his entire career with the Green Bay Packers. The 26-year-old linebacker out of Stanford is a tackle machine. He is also a reliable, healthy player that has started all 16 games for the Packers in each of the last three seasons.

The Packers inside linebacker is also a pretty decent pass-rusher, despite seeing his role as a pass-rusher decline in 2019. In 2018, Martinez blitzed 61 times, recording 11 pressures, 5 hurries, and 5 sacks. The Packers only brought Blake on 24 blitzes in 2019, but he was still efficient. He recorded 5 pressures, 2 hurries, and 3 sacks on his 24 blitz attempts this past season.

Blake Martinez picking up where he left off ? @Big__Blake50#GBvsCHI #GoPackGo

Blake Martinez is an excellent run defender and solid pass-rusher, but he has proven to be a bit of a liability in pass coverage. In 2018, Blake Matinez surrendered a 73.8% completion percentage on the 61 targets in his coverage (45 completions). The opposition gained 410 yards on those 45 completions and scored 5 touchdowns. Martinez allowed a 118.9 passer rating when targeted in 2018.

2019 was an even worse performance by Martinez in pass coverage. His completion percentage allowed rose to 83.8%, allowing opponents to complete 62 passes on 74 targets for 570 yards and 2 touchdowns. This is definitely a major red flag for the New York Giants after signing Blake Martinez during the 2020 free agency period.