New York Giants: Kelvin Benjamin to try out during mini-camp 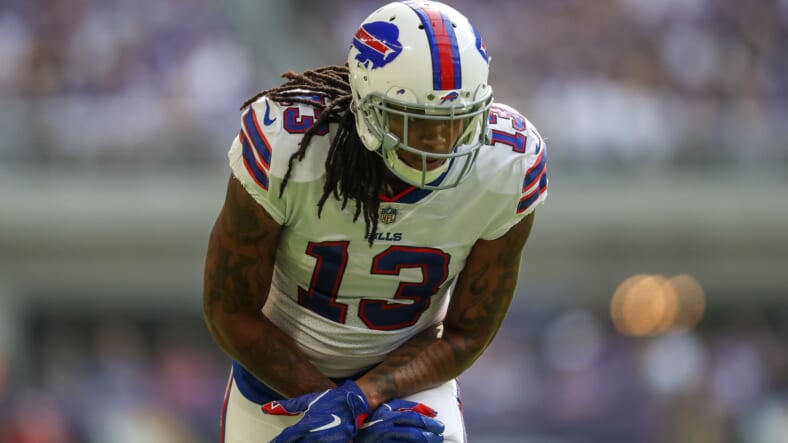 The New York Giants will have more than just rookies around during their rookie mini-camp. They’ll also have some veteran players trying out, and one of those players is Kelvin Benjamin, a wide receiver that could really add to what they already have at the position. Benjamin is a former draft pick of Dave Gettleman, but more notably, he was very productive for his first couple seasons before his career was thrown off due to injury.

Among tryout players this weekend for Giants is expected to be WR Kelvin Benjamin, per source. Only 30 but hasn’t played since ‘18. Had over 1K yards as rookie before injuries derailed him. Originally drafted in Carolina by…Gettleman. Has work cut out for him. Giants deep at WR

Benjamin hasn’t played since 2018 and wasn’t that productive of a player when he was active during that time with Buffalo and the Chiefs. At least, not in comparison to his early years. He had a thousand yard rookie year but fell to 354 yards with the Bills in 2018 and 26 yards in three appearances with Kansas City.

He had one of the worst catch rates in the league before being released with Buffalo, but it’s possible that the time off and playing in an organization run by his former GM could help him recover his career.

The Giants, of course, have already added significant talent at wide receiver. They added Kenny Golladay in free agency and spent a first round pick bringing in shifty prospect Kadarius Toney. Prior to those additions, the team added former Bengals first round pick John Ross, as another addition that could help their lineup if the player can recover his potential.

Picking up Benjamin, if the Giants do decide to sign him, could further improve their offense that already includes returnees Sterling Shepard, Darius Slayton, and a healthy Saquon Barkley. Specifically, Benjamin is another big target that could easily help provide another down the field threat while defenses focus on some of the Giants’ more high profile threats.

It might seem overkill bringing in another receiver for a tryout, but it’s clear that the Giants front office this season intends to address the problem at the position and not put all their eggs in one basket via the Golladay signing.