New York Giants: Kaden Smith could be a big piece to the offensive puzzle in 2020 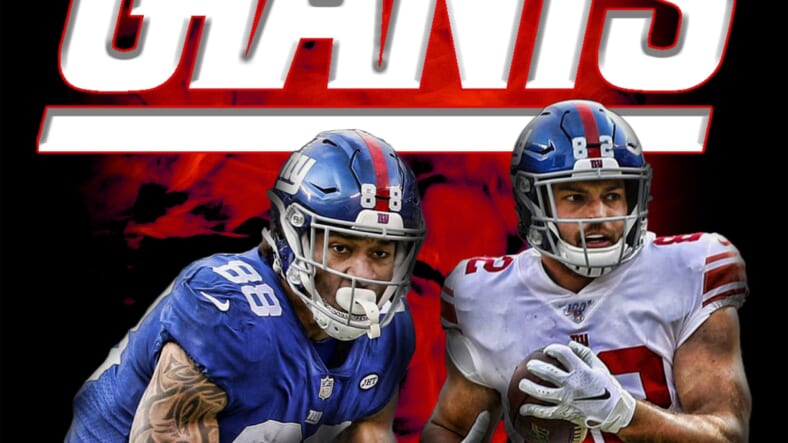 When the New York Giants acquired Kaden Smith as a free agent in 2019, they likely didnâ€™t imagine they would be gaining a potential starting tight end.

Smith forwent his senior season in college to declare for the 2019 NFL draft, having broken out in 2018 with Stanford. He was drafted by the San Francisco 49ers in the sixth round but was ultimately cut during training camp.

Good news for the Giants, as they were gaining a tight end with exceptional talent and solid physical traits.

With the number of injuries the Giants faced in 2019, Smith became a focal point on offense rather quickly. Evan Engram suffered a season-ending foot injury against the New England Patriots, forcing him out and into a walking boot. Engram has been training this off-season vigorously to return to full health and prepare for the 2020 season.

Kaden Smith emerged early on for the New York Giants

Smith played his first game in week 12 against the Chicago Bears, where he secured five catches and one touchdown. He became a security blanket for quarterback Daniel Jones, who saw most of his playmakers go down with injury.

Two Redskins went to cover Saquon Barkley and it left Kaden Smith wide open for 6. Kaden is making a name for himself with the injuries to TE, wouldn’t surprise me if we roll with Engram, Smith and then have Simonson and Ellison battle for the 3rd TE. pic.twitter.com/Gg4G0BXmmI

Smith was an unexpected depth piece who played way above his weight class for a rookie. In the season finale, Smith posted 98 yards on eight catches, a career-high. Despite his average speed, Smith showed potential as a blocker in the run game and was decent in the short to intermediate passing game.

New offensive coordinator Jason Garrett is expected to utilize 12 personnel sets frequently in his first year with the Giants, which will incorporate Smith. The Giants also brought in Levine Toilolo, former tight end for the 49ers, who likely already has some experience with Smith from his short time on the team last year. Toilolo is primarily a blocking tight end, meant to replace Rhett Ellison.

The former Stanford player will be looking to build upon his 268 yards and three touchdowns campaign in year one. At just 22 years old, he posted a 73.8 catch rate and logged 31 receptions. He is now 23 and is considered a potential starter for the Giants on offense. While the expectations are undoubtedly present, Smith has the tools around him to develop into a quality player.