New York Giants: Joe Judge breaks down what to expect from Nick Mullens 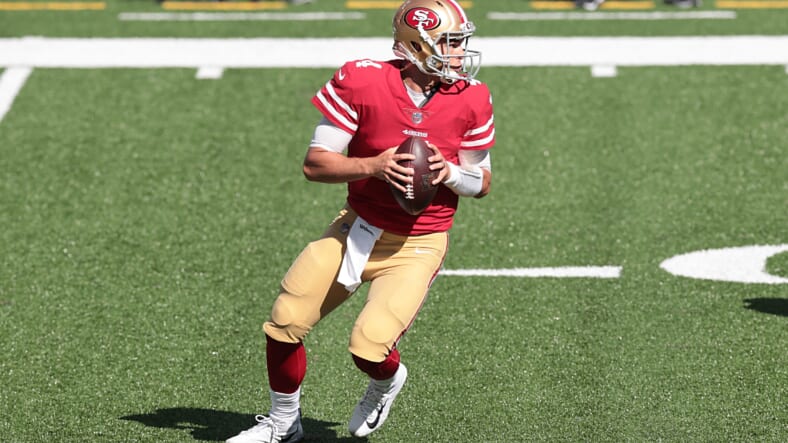 Despite the vast injuries the San Francisco 49ers are currently dealing with, they represent no easy challenge for the New York Giants in week three of the regular season. Good teams find ways to win, even when their starting quarterback is out.

The 49ers have one of the best coaches in the league in Kyle Shanahan, with his methodical approach and intelligent game planning. The Giants have the talent advantage at this point, but do they have the game-plan to overcome a tough 49ers squad?

New head coach Joe Judge expressed confidence in Shanahan and back-up quarterback Nick Mullens. The Giants last faced off against Mullens in 2018, when they overcame the backup quarterback 27-23. Against the Giants, he threw one touchdown and two interceptions for 250 yards.

â€œNick is a good quarterback. Heâ€™s a competitive dude, heâ€™s a tough dude,â€ Giants head coach Joe Judge told reporters on Friday. â€œI talked about it earlier, that Southern Miss mentality. These guys are really overachieving type guys. Heâ€™s comfortable in the pocket, gets the ball out of his hands really quick, heâ€™s an accurate passer. I canâ€™t say over and over enough how competitive this guy is and how much we expect this guy to fight and give his team every advantage possible.â€

How the New York Giants can overcome a dilapidated 49ers team:

There are multiple keys to success for the Giants in week three. They range from winning the turnover battle to putting immense pressure on Nick in the pocket. A strong interior defensive line needs to collapse the pocket and take advantage of Mullensâ€™ lack of weapons. He will be without George Kittle and Deebo Samuel, his two primary targets in the passing game. Both of his starting running backs, Tevin Coleman and Raheem Mostert, will also be absent for the contest.

Some would say this is a must-win game for the Giants, who have a significant advantage despite the odds being against them. Securing their first win of the season would provide fantastic momentum for a team that is desperately in need of moral support. Considering Mullens hasnâ€™t played a full game in over a year, rattling him at the start is a priority for a defense that is currently ranking 11th in overall points allowed.