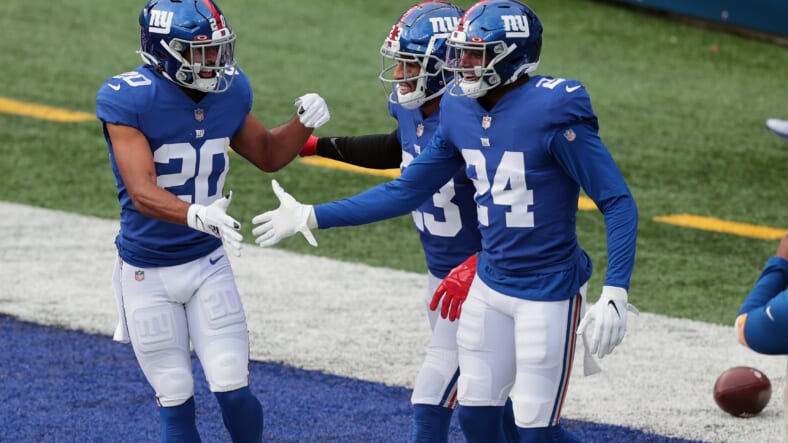 The New York Giants made a great move in signing James Bradberry, and the league is recognizing that leading up to Bradberry’s second season with the organization. Bradberry made headlines this week already when he made the PFF top 50 players list. But there’s another list from the same outlet that Bradberry made it on, and it has to do with contracts rather than raw talent.

Sometimes it’s not worth having a top quality player if it breaks the bank. But in the case of the Giants, they were able to get a very good combination of skill and value when it comes to Bradberry. That value is good enough that his contract was named the best on the team by PFF, which ranked the best and the worst contracts for each team in the NFL.

General manager Dave Gettleman hit a much-needed home run last offseason by bringing Bradberry to the Big Apple after trading up for DeAndre Baker and releasing him shortly thereafter. Gettleman played a role in drafting Bradberry with the Carolina Panthers when he was the general manager, and he knew Bradberry still had a lot of high-level play in him.

On the other hand, the worst contract on the team according to this article comes from a position that doesn’t often make lists such as these – kicker. Graham Gano’s contract of three years and $14 million was named the worst, but it’s not hard to see why given his cost compared to most kickers.

In the case of Bradberry, though, it’s hard to dispute that the Giants got a good deal getting one of the best cornerbacks in the league at this price. Especially considering last year was Bradberry’s rookie year with the team and he might get better with more experience under defensive coordinator Patrick Graham.

The Giants have definitely been hit or miss with contracts in recent years – deals such as the Nate Solder one come to mind – but this is one of the times when Dave Gettleman should get some credit for managing to get it right. And, headed into his second season in New York, more around the league are realizing that about Bradberry.