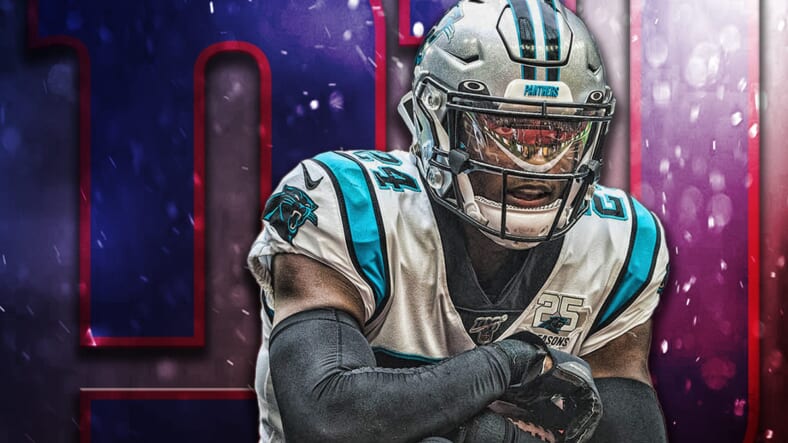 The New York Giants‘ secondary has been rebuilt over the last two years. New York has invested plenty of draft capital into their secondary. The team drafted the likes of Julian Love and DeAndre Baker in 2019 and also traded for Jabrill Peppers. In 2020, the investments continued, as the team drafted Xavier McKinney and signed James Bradberry to a lucrative contract.

James Bradberry was the Giants’ biggest splash signing in free agency this year. After four impressive years in Carolina, James earned himself a three-year $43.5M contract with New York. Bradberry was a major acquisition for the Gmen and he will serve as their number one cornerback. But is that a role the 26-year-old will thrive in?

Bradberry As A Number One Cornerback

James Bradberry faced some of the best wide receiver competition in the NFL as a member of the Panthers. The Panthers play in the NFC South which is a division loaded with wide receiver talent. Twice a year, Bradberry matched up against the likes of Mike Evans, Chris Godwin, Julio Jones, and Michael Thomas.

The Carolina Panthers used James Bradberry as a true number one cornerback. He typically followed the opposing team’s primary receiving target. In 2019, this was a defensive strategy the Giants did not use. The team’s primary cornerback, Janoris Jenkins, voiced his frustration last season with the role he played on defense. The Giants rarely had Jenkins shadow opposing receivers.

That was the defensive strategy that the Giants took in 2019, but they will likely change that strategy in 2020. Shadowing receivers is what Bradberry is best at and new defensive coordinator Patrick Graham runs a man-heavy scheme. There will be plenty of opportunities for Bradberry to man up on star receivers in 2020.

The Giants have a difficult schedule to play in 2020. New York will go up against numerous high-powered offenses with superstar receivers for Bradberry to shadow. Some of the receivers James Bradberry will have to match up against include: Allen Robinson, Robert Woods, Amari Cooper, Mike Evans, Chris Godwin, AJ Green, DJ Metcalf, DeAndre Hopkins, and Odell Beckham Jr. James Bradberry and the Giants’ secondary will have their hands full in 2020. But in a new defensive scheme with improved talent, the unit should manage to cause some trouble for opposing offenses.