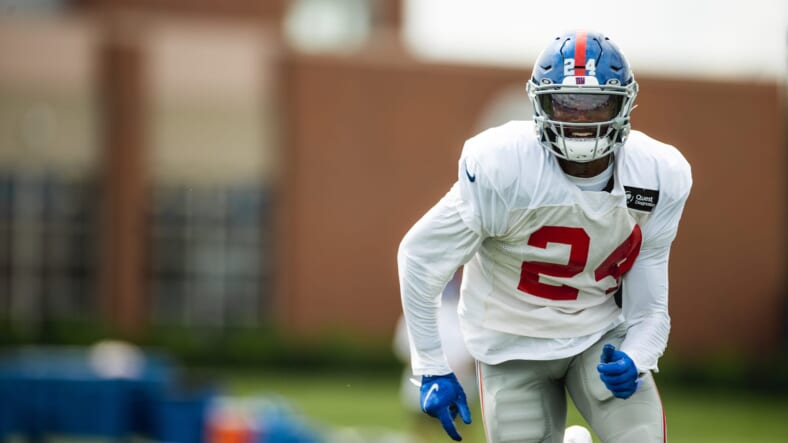 The New York Giants didn’t have another key player on the field when they lost to Cleveland: not Daniel Jones, but James Bradberry. The cornerback has been selected for the Pro Bowl and may be on the All-Pro team by the time that team is named. Bradberry was placed on the reserve/COVID-19 list, not because he had contracted the disease himself but because of a close contact with someone who did.

Now that more time has passed and Bradberry hasn’t come down with the disease, it looks like he’ll be back in the Giants secondary for their next game against the Ravens. He’s also opened up about the source of the contact.

“I canâ€™t really say I blame myself. It was just a predicament because of COVID. It was an uncontrollable accident that happened,” Bradberry said. The source of the contact was a chiropractor that was also working with New York Jets players. Bradberry got connected with the chiropractor after signing with the Giants and setting up in his new city.

However, that plan proved to be ill fated as that chiropractor received a positive test and Bradberry was taken out of commission with the Giants because of it.

“Of course he got popped with a positive COVID test later on in the season. I became aware he was with the Jets, so I knew he was getting tested every day, so I didnâ€™t really see it as a problem,” Bradberry continued.

Bradberry has been activated off the COVID-19 list and should once again be in the lineup for the Giants when they face Baltimore. While his chiropractor worked with Jets players, it also appears that Bradberry is uniquely unlucky in this case – the Jets haven’t had to similarly place players on reserve because of this contact.