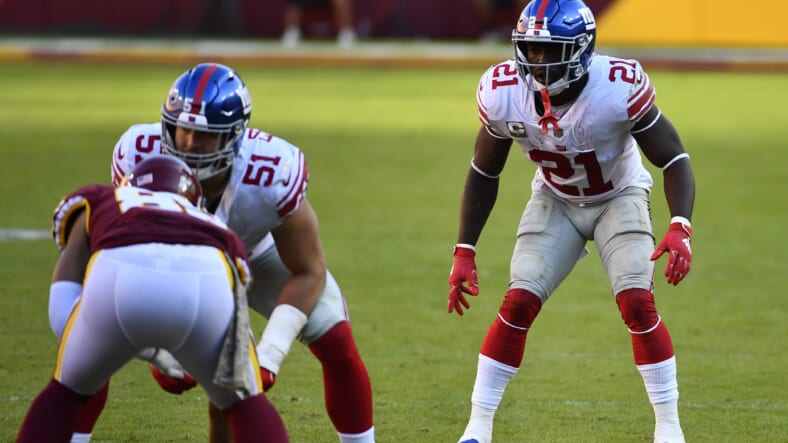 New York Giants safety Jabrill Peppers didn’t have much to say to the press on Wednesday.

Peppers kept his statements to few words, not giving up much that could become sound bite material. That included not giving a strong response leaning one way or the other when asked about the chance of a trade happening.

“I just want to win, baby. I want to make plays, go out there and win ball games,” Peppers told reporters when asked if he expects to remain in New York after the trade deadline.

At this point, given his contract and given the way the season is going, it looks like trading Peppers is a no-brainer for the Giants.

Peppers becomes an unrestricted free agent next year, and the Giants will have to either pay him or lose him for nothing. Based on the current cap situation and Peppers’ declining role on the field, there’s likely little to no chance that the Giants sign him to a new deal.

The Giants have underperformed since the season started, and recent injuries have made the situation worse. At the trade deadline, they look like a selling team and few players seem truly safe if the Giants do take a selling approach.

With that being said, it still remains unknown if the Giants can get a good deal for Peppers.

The rest of the league also knows that Peppers becomes an unrestricted free agent next year, and his problems in coverage and hamstring issues may make him a less attractive trade target.

For now, Peppers seems focused on football. But as his presence isn’t what it was last season, it’s unclear how much longer the safety will spend in these surroundings.