New York Giants: Is the right decision an offensive tackle or Isaiah Simmons at 4th overall? 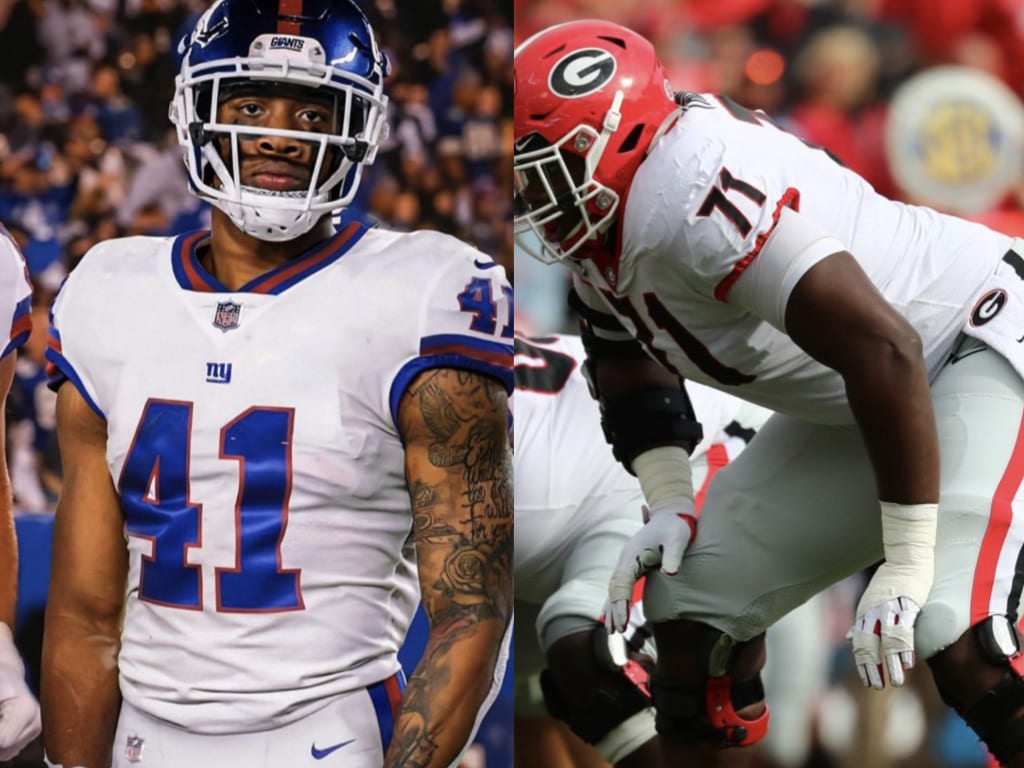 The New York Giants have a big decision to make in the 2020 NFL Draft, and it starts with selecting a right tackle or defensive standout Isaiah Simmons. General manager Dave Gettleman has made it a priority to allocate resources towards bolstering the offensive line, signing left tackle Nate Solder in 2018, drafting Will Hernandez in the second round of the 2019 draft, and trading for right guard Kevin Zeitler last offseason.

While Solder, Hernandez, and Zeitler seem cemented at their positions, the center and right tackle spots are up for grabs. Graham Glasgow, free-agent center for the Detroit Lions, would make an excellent fit for the Giants who need to replace Jon Halapio after he suffered a torn Achilles at the end of the 2019 campaign.

Should the New York Giants draft a right tackle in the NFL Draft?

If Big Blue wants to plug a top draft prospect into the right tackle position, they must allocate the 4th overall pick to the position, however, trading back would be an ideal scenario, since they can still land a top option if they move back 1-2 spots with a QB-needy team.

While the Giants desperately need a tackle to fill the void Mike Remmers is leaving, Jack Conklin could be an option in free agency, but allocating $19.5 million (projected seasonal salary) towards an average pass-protector is not an ideal scenario. There are other short-term solutions like Brian Bulaga or Cordy Glenn (recently released by the Bengals), but the better move would be to find a prospect to fill the hole for the long-term.

Then again, free agency could make more sense, considering Simmons will likely be on the board at 4th overall. Filling the RT spot for one more season isn’t the worst decision if they can land a stud defensive playmaker. The Clemons standout finished the 2019 season with 8.0 sacks, 16.5 tackles for a loss, 108 combined tackles, and three interceptions.

Personally, drafting Simmons and filling the right tackle position with a veteran for one more season is not a bad idea that way they can ensure the defense is taken care of going into the 2020 season.