New York Giants interested in cornerbacks at 11, would it be a mistake? 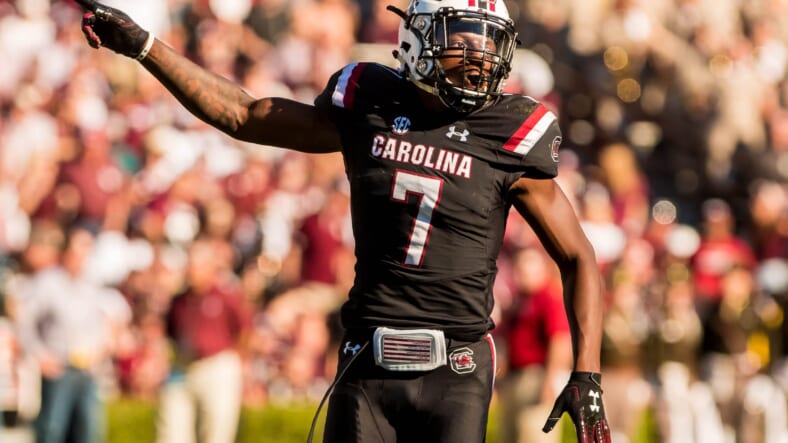 With just a few days remaining until the 2021 NFL draft, the New York Giants remain patient and sturdy with the 11th overall pack. While other teams continue to maneuver around them, it seems as if they will wait until draft day to make any big decisions, but donâ€™t expect the rumors to stop anytime soon.

The Giants have been connected to a variety of different positions, ranging from wide receiver to pass rusher. They have sent plenty of front office personnel to evaluate the edge rusherâ€™s in this draft class, and according to Dave Gettleman and Chris Pettit, they seem enamored by several who they believe are worthy of taking in the first round.

While this very well could be a smokescreen, there are other reports that indicate the Giants are intrigued by this cornerback class. Some believe they could even spend the 11th overall pick on Alabamaâ€™s Patrick Surtain or South Carolinaâ€™s Jaycee Horn. Upper management has spoken with both corners via a zoom call to round out their evaluations.

Would drafting a corner be the most efficient way to utilize the 11th overall pick? Probably not.

Considering they just signed Adoree Jackson to a three-year, $39 million deal, spending draft capital, especially premium selections on the position, might be a bit inefficient. The defense, which ranked in the top 10 in points allowed per game in 2020, added even more talent to the secondary plus more experience. The offense, on the other hand, ranked 31st in points per game and had one of the worst passing attacks in the NFL last year.

Quarterback Daniel Jones saw his touchdowns drop from 24 to 11 in just one season, indicating a step backward with Jason Garrett taking over as the offensive coordinator. With a lackluster offensive line and sluggish weapons to utilize, the Giants spent upwards of $70 million upgrading the wide receiver position, adding Kenny Golladay and John Ross to the unit.

The argument to make is whether using the 11th overall pick on a corner or wide receiver makes more sense. I would argue giving Jones as many weapons as humanly possible is the priority, as the defense will likely be a top 10 unit once again, and the offense needs to take a drastic step forward.

Of course, the most beneficial selection would be a premium offensive lineman, but there is a significant drop off in talent after Penei Sewell and Rashawn Slater, who are both projected to go in the top 10 picks. Nonetheless, Slater is a potential option at 11, and if he is available, the Giants might be walking away with one of the most versatile and talented linemen in the draft. He can play both right tackle and right guard, offering them an instant plug-in player option to start the 2021 season.

Alternatively, using the pick on a receiver like Jaylen Waddle or DeVonta Smith might be the most beneficial move, as Sterling Shepard has an out in his contract after 2021 in which the Giants can save a bit of cash and elevate the receiver they draft this year to his position as WR2. Logically, that would make the most sense if they can move on from Shep, saving a bit of money while also upgrading the position with one of the top playmakers in this yearâ€™s draft class.

Drafting a quarterback in the early rounds would be a mistake, as he likely wouldnâ€™t even be starting unless they feel comfortable utilizing Horn or Surtain in the slot, which is possible. However, I would not overlook Darnay Holmes, who I believe is going to take a big step forward next season after gaining some experience in 2020 and working on his craft the past few months (according to his trainer Brian Walker.)