New York Giants interested in CB Adoree Jackson, what would he bring? 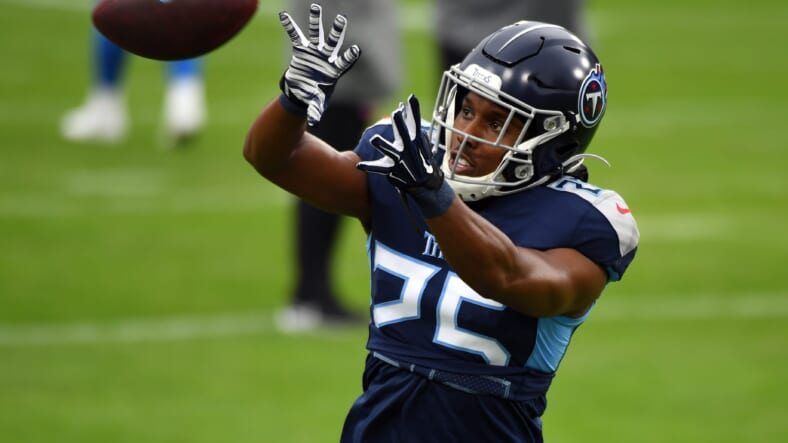 While the headlines are plastered with wide receiver Kenny Golladay, the New York Giants are low-key, making moves on the back end. Former Tennessee Titans first-round pick Adoree’ Jackson is scheduled to visit the Giants on Sunday before making a stop in Philadelphia with the Eagles.

The Giants have a significant hole at CB2 on defense, which forced them to play more zone-coverage, something that coordinator Patrick Graham seldom used while with Miami Dolphins in 2019. His roots are based in man-coverage schemes, but the Giants thrived in zone coverage trying to cover up their weakness at CB2. However, it showed up more often than not, especially against teams with heavy passing attacks.

Reserve corner Isaac Yiadom played the majority of snaps for the Giants at CB2 in 2020, allowing 451 yards and six touchdowns. He was abysmal aside from one or two anomaly performances. Signing Jackson would not only improve the secondary significantly, but it would also likely make them one of the top units in the NFL.

The Giants’ defense ranked ninth in points allowed per game last year at 22.3, and that was without a significant pass rush presence and second-round pick Xavier McKinney for the first half of the season. Adding a dominant corner to pair with James Bradberry and getting some of their outside linebackers back from injury would be massive for their efficiency.

Who would Adoree’ Jackson bring to the New York Giants?

Jackson only played in three games last year due to a knee injury, the final three contests to be exact. He played 98% of snaps in the final two games, recording eight tackles, and allowed 13 completions for 152 yards and three scores. Coming off a serious injury clearly impacted his performance, but letâ€™s look back to 2019 to get a better idea of what he brings to the table. In 2019, he recorded a 66.7 completion percentage over 11 games, allowing just one score and 36 completions. He was one of the top cover corners in 2019 when healthy, and at 25 years old, heâ€™s ready to take on another challenge.

A lil Adoree Jackson love for your timeline!

Really nice hand placement to cause a pass breakup, and then locating after the catch.

Jackson is a super talented athlete and versatile, had some bad luck last year with a knee injury. pic.twitter.com/dRzqSBoApn

Considering Patrick Peterson just landed a one-year, $10 million deal with the Minnesota Vikings, Jackson likely wouldnâ€™t come cheap. He might be a multi-year option player instead of a one-year deal stopgap. As a superior athlete with fantastic versatility, Jackson might come on a cost-efficient deal considering a depressed cornerback market.