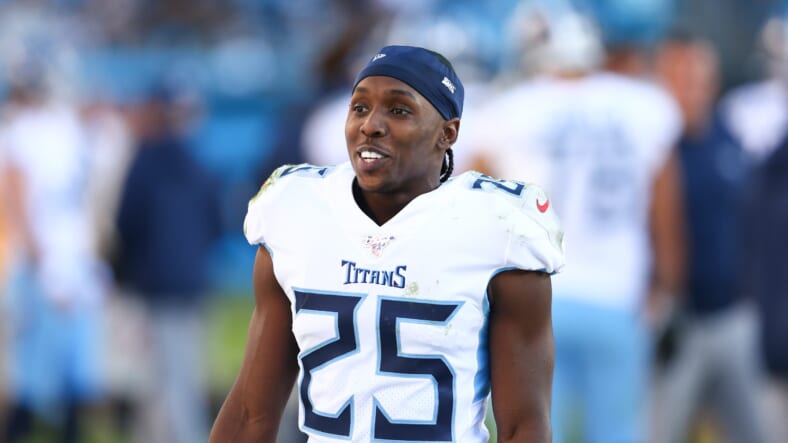 The New York Giants already made a major splash in free agency acquiring wide receiver Kenny Golladay, but it seems as if their quest to improve doesnâ€™t end there. Reports have indicated that the Giants have made signing cornerback Adoree Jackson a priority moving forward, as they hosted him on Sunday.

Jackson is coming off a season where he played in only two full games, allowing 220 yards and three touchdowns. A significant knee injury kept him out for the majority of the year and likely impacted his game when he returned in weeks 16 and 17.

The Tennessee Titans cutting the former first-round pick came as a surprise, especially coming off a season plagued by injury. They likely could have retained him on a cheap deal, but the Giants will benefit from their move.

Giants are the favorites to land Adoree Jackson, per @JordanRaanan

Not sure how else I can say our defense is about to be stupid nice in 2021!

With the Giants closing in on Jackson, it is possible they sign him as early as Monday afternoon, especially with multiple Giants defenders courting him to the Big Apple. Players like Jabrill Peppers, Logan Ryan, and Darnay Holmes have all expressed and vocalize their desire for Jackson to join them.

The Giantsâ€™ defense ranked ninth last year in points allowed per game but landed at 17th in passing yards allowed. A significant liability at CB2 in Isaac Yiadom disrupted their efficiency and forced coordinator Patrick Graham to change his schematics. They asked CB1 James Bradberry to lock down an entire half of the field, playing more zone coverage to disguise and confuse opposing quarterbacks.

One of the primary questions being asked is how the Giants will fit him under their cap. I predict Jackson will hold a value of one-year, $6.5 million, but thereâ€™s always the possibility they sign him to a multi-year deal and keep his hit low for the 2021 season, similar to Golladay and Leonard Williams. Golladay will count just $4.5 million against the cap in 2021, with Williams counting $11 million.

One intriguing move for the Giants could be to cut Isaac Yiadom, saving about $2.2 million, and roll it over to Jackson on an incentive-laden deal. This would keep his cap hit low and re-allocate money at the same position, which would keep the balance on defense and allow the Giants to utilize their draft picks more efficiently.