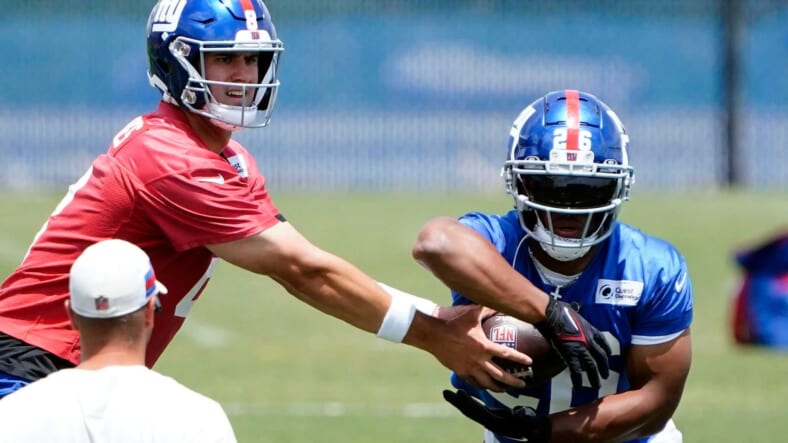 The second preseason game for the New York Giants takes place at MetLife Stadium at 7 P.M. tonight. The Giants will be going up against the defending AFC Champion, Cincinnati Bengals.

In tonight’s game, the Giants have many inactives, a few of which are worth noting.

Starting on the offensive side of the football, the Giants have three recent first-round picks all set to sit out tonight. Daniel Jones, Saquon Barkley, and Kadarius Toney will all be inactive. Projected starters up front in Jon Feliciano and Shane Lemieux will not play. Matt Breida, Darius Slayton, Ricky Seals-Jones, Ben Bredeson, Josh Ezeudu, and Jamil Douglas are the top backups worth noting. The final three inactives offensively the Giants will be without are Gary Brightwell, Andre Miller, and Garrett McGhin.

Defensively, the main headliner the Giants will not have in this one is defensive tackle, Leonard Williams. Rookie defensive backs Cor’Dale Flott and Dane Belton will not play. The last three defenders the Giants will be without are Jihad Ward, Elerson Smith, and Rodarius Williams.

Safe to say, the Giants are down more players than you would ideally want for a preseason game in which the starters may play a good chunk.