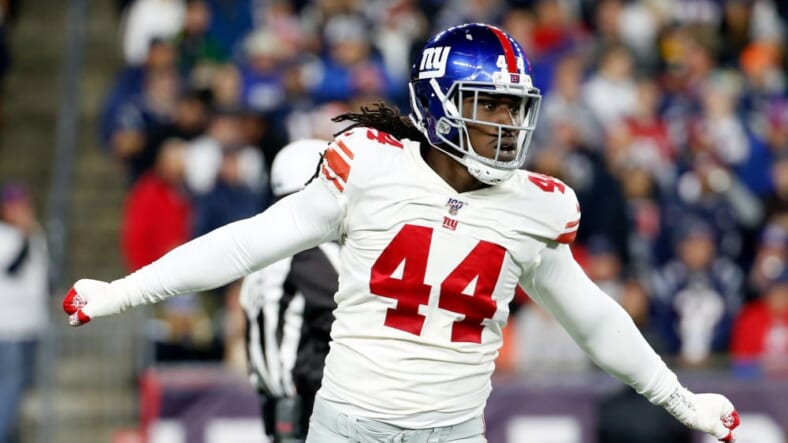 What this means for the Giants and Markus Golden

With the recent breaking news, this means that Markus and the Giants have been in contact about a new contract. The twist on it is that both can’t come to an agreement on the right price. This could mean that Golden is asking for a high price deal, and the Giants aren’t willing to agree to it just yet. With Golden back in Big Blue, he would only benefit the defense and add a boost in the pass-rushing game. Something the Giants did not focus on in this year’s NFL Draft.

What will happen if no team signs Markus Golden

If Golden remains unsigned past July 22nd, he will only be allowed to play for the New York Giants this season. The Tender would be worth 110 percent of his 2019 salary, which was $5.225 million. This would make a lot of Giants fans happy to have their best pass rusher back. Golden made an extra $1 million in the 2019 season for his double-digit sacks (10). This was a key factor that kept the Giants in a lot of games this season.

Can Markus still negotiate deals with other teams?

Markus Golden can still talk and negotiate a deal with another team until July. Golden is among the best free agents left available. The esteemed pass rusher could be looking for a big-time deal coming off one of his best seasons since his ACL tear three years ago. Golden and Clowney are still FA’s and looking to make a big-time deal with a team. Hopefully, Markus ends up back in the big apple.

In 2017, Golden tore his ACL while playing for the Cardinals. Golden, a third-year pro who’s 12Â½ sacks led the Cardinals that year. He was injured while rushing the passer in overtime in an 18-15 win over the San Francisco 49ers. In the 2019 season, Golden had 42 solo tackles (4th), and 12 sacks (T-10th). Golden was a huge factor in the Giants pass rush, without Golden rushing the passer, it would’ve been a very long and frustrating season for the Giants.

All the Giants can do is sit back and wait, Golden could sign a big-time contract with another team which would hurt the Giants. Without Golden, the Giants would still have a big question mark next to the EDGE rusher slot.