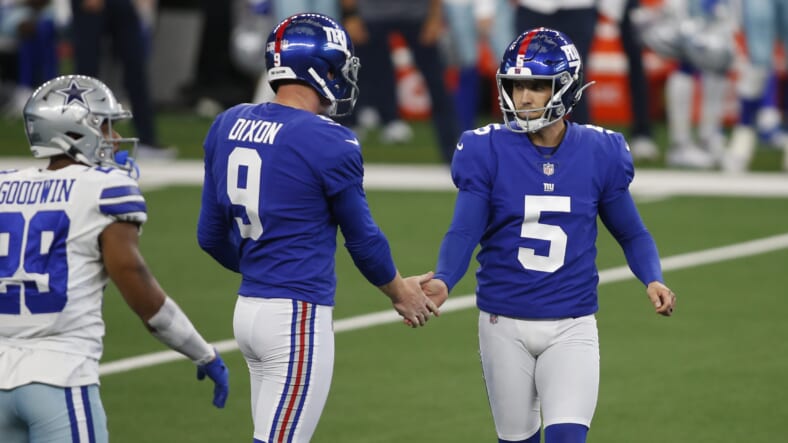 The New York Giants are in the middle of a season filled with ups and downs. The team stands at a modest 4-7, inching their way into the playoff hunt. It has been difficult, at times, to point out any standouts on New York’s roster. However, throughout the season, one player has stood out consistently: kicker Graham Gano.

The Giants are enjoying a phenomenal season out of their kicker and team captain. Graham Gano has been stellar in his twelfth NFL season. With the 2022 Pro Bowl right around the corner, Gano seems to be a worthy candidate for the NFC.

Why Graham Gano should be a Pro Bowl selection

Graham Gano has a great chance of being one of the Giants’ top Pro Bowl selections this year. According to Zack Rosenblatt, Graham Gano is currently the leader in Pro Bowl voting at kicker in the NFC. This would be a well-deserved accolade if Gano is ultimately selected.

Graham Gano has kicked 25 field goals this year. He has connected on 22 of them. Gano has been nearly automatic for the Giants. Even while kicking from deep, the Giants can be confident that they are getting three points out of their kicker.

This would be Graham Gano’s second career Pro Bowl appearance if he is selected this year. The last time Graham was selected was in 2017 as a member of the Carolina Panthers. Throughout his career, Graham Gano has been one of the best kickers in the league. He deserves to be recognized as such with a Pro Bowl selection this year.