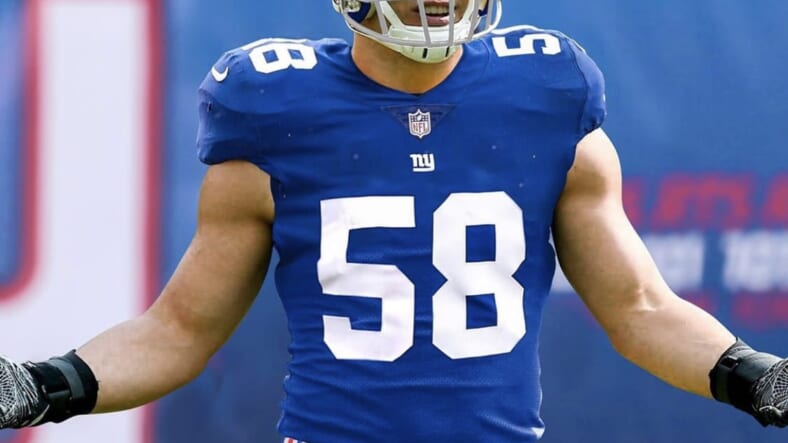 The New York Giants dove into the second tier of the free-agent market this offseason, filling positions of need with good but not great talent. However, the team is in a better position to compete in 2019, and after the 2020 NFL Draft, they should have an improved team.

Grading all of the New York Giants’ signings:

The Giants desperately needed a No. 1 corner after the departure of Janoris Jenkins and Bradbery fits the bill perfectly. His ability in press coverage is solid, and he can match up against WR1s across the league. He will find the NFC East to be less competitive than facing off against Michael Thomas, Julio Jones, and Mike Evans twice per year. Signed on a three-year, $45 million deal, the Giants can keep him for two years and cut him on a low dead cap hit if they so choose in 2022.

Needing a solid linebacker was a necessity this offseason, and the Giants once again took a flier on a player who doesn’t necessarily look great on film. He’s not the most linebacker corner and rarely takes risks in the run game — he sits back and remains patient, letting runners come to him. In addition, Martinez is awful in coverage, with similar stats to Alec Ogletree minus the interceptions. This was an interesting signing, but it seems as if they want Martinez to feature as their MIKE LB and soak up tackles in the middle of the field (155 combined tackles in 2019).

In 2018, Fackrell earned a 10.5 sack season with Patrick Graham as his linebacker coach. The Giants expect him to return to his elite pass-rushing self with Graham coaching him once more, but there’s no guarantee. Having altogether avoided addressing the pass rusher position with an elite player, the Giants are expecting their young guns and Fackrell to hold things over in 2020. In essence, there could be more signings in the near future.

Fleming has only started 26 games in his career and is primarily a swing tackle. Having played with Joe Judge in New England and new offensive line coach Marc Colombo in Dallas, Fleming is familiar with the coaching staff. The Giants may plan to curate a position battle between Fleming and Nick Gates for the 2020 season, but they could also draft a tackle in the coming weeks.

Toilolo is essentially a replacement for Rhett Ellison, who retired this offseason. Toilolo is a big body at 6-8, and his 2% missed block rate is stellar, making him a solid option in 12-personnel sets.

Mayo was a stout run stopper for the Giants last year, and he deserved another contract to remain in blue. Having racked up 82 combined tackles and 2.0 sacks, singing him to a three-year, $8.4 million deal is worthwhile, as he will feature as a reserve option moving forward. In addition to his run-stopping attributes, Mayo was also decent in coverage, logging a 65.5% completion percentage on 29 targets. I like this retention by the Giants for depth purposes.

Core is a special teams player through and through, and we shouldn’t expect him to feature as a wide receiver by any means in 2020. This is a good signing based on the value he brings to the special teams unit.

This was always a deal in the works, but Williams is still sitting pretty on the franchise tag at $16.126 million. It’s expected that the Giants will re-work his deal and extend him over multiple years, but that hasn’t been the case just yet.

Williams is an elite run stopper and decent pass rusher, however, he was double-teamed 64% of the time in 2019. While some dislike his retention, he will aid a defensive front that struggled to stop the run last year.