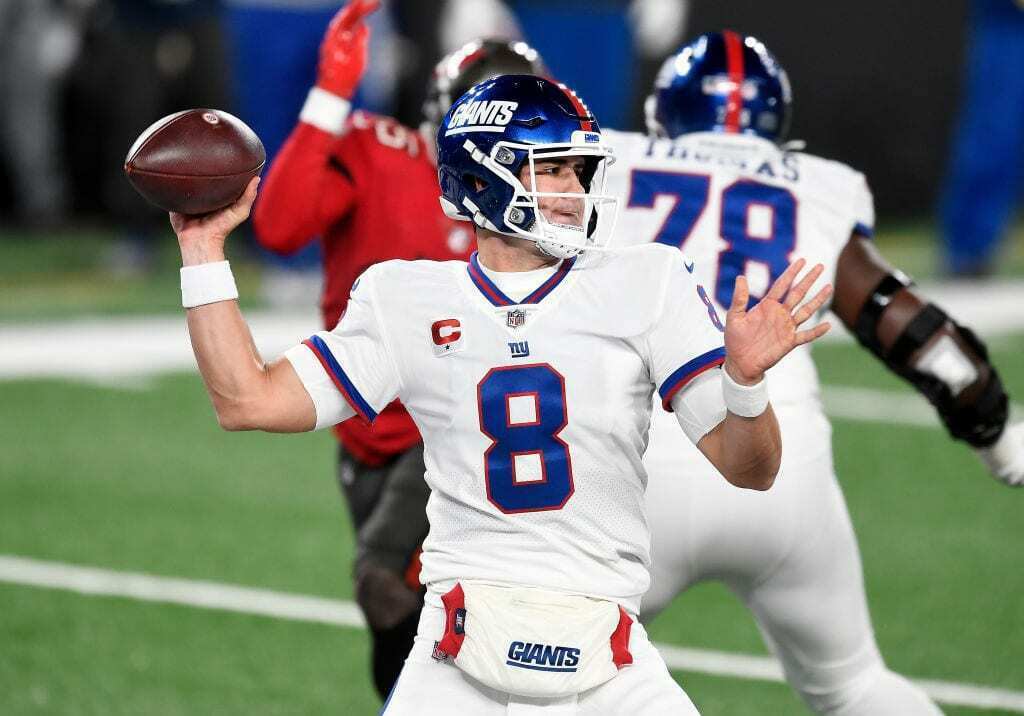 The New York Giants fell to the Tampa Bay Buccaneers in a heartbreaking to feed on Monday night, but Joe judge and his squad battles until the final moments. The loss was truly devastating, and most of it landed on quarterback Daniel Jones’s shoulders, as he missed multiple deep throws.

DANIEL JONES WHAT THE HELL ARE YOU DOING???!!!

Move on in your progressions holy shit!!! pic.twitter.com/xnRUGXvBuK

However, this was a polarizing game for Big Blue, who were vastly outmatched talent-wise to the Buccaneers and were significant underdogs. Nonetheless, they competed valiantly and just barely missed out on tying the game in the final seconds.

After Daniel Jones threw a pitch-perfect ball to Golden Tate for a touchdown, JonesÂ tossed a poor pass to Dion Lewis, which the referees called a defensive pass interference on. They quickly gathered and took back the foul, which added to a number of poor calls throughout the game.

The good news â€” the New York Giants, know they can compete against some of the best teams in the league. The Buccaneers dominated the Green Bay Packers and the Las Vegas Raiders the past two weeks and didnâ€™t expect the Giants to be so tenacious on defense and lead an adequate offense with fantastic play calling.

It is fair to give props to coordinator Jason Garrett, who was not only creative with his playcalling but was efficient with his passing plays and called timely runny, as well.

Receivers Sterling Shepard and Darius Slayton both played integral parts in the offenseâ€˜sÂ performance. Shepard finished the day with eight receptions for 74 yards, while Slayton hauled in five passes for 56 yards, including a 4th-and-5 pass that was essentially a prayer from Jones on their final drive.

Defensively, strong safety Jabrill Peppers had arguably his best game as a Giant since being traded from the Cleveland Browns. He made 10 total tackles and defended two passes. Linebacker Blake Martinez was also active, making nine total tackles and one for a loss.

Interior defender Leonard Williams was stellar, recording a sack and two quarterback hits on the evening. I would also be remiss not to mention rookie OLB Carter Coughlin, who had one sack and assisted another.

The bad news primarily falls on one player, Daniel Jones. While Jones finished with 256 yards and two touchdowns to the air, he threw two interceptions and missed a bevy of deep balls.

You CANNOT miss this throw. DJ has missed 4 of these tonight so far. pic.twitter.com/lWnKrIsaHy

If he makes those throws, the Giants blow out the Buccaneers on Monday night football, but he simply wasnâ€™t able to get it done.

Franchise quarterbacks make those throws time and again, especially when your receiver has multiple yards of separation. If thereâ€™s anyone to blame for this loss, it is Jones, and unfortunately, it came at a terrible time when fans were expecting him to showcase his development.