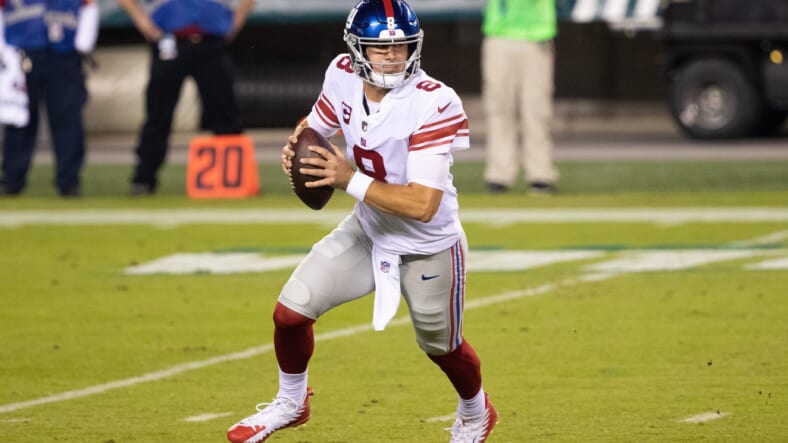 The New York Giants overcame the Washington football team 23-20 in week 9 of the 2020 regular season. This is the second consecutive win against Washington this year, having beaten them both times in 2019 as well. The Giants entered this game as the predicted winners, and they barely managed to scrape out a victory after Washington came out in the second half guns blazing.

Ultimately, the Giants dominated the first half, holding Washington to just three points, but failed to maintain the consistency later on.

The good news, the Giants, manage to extract their second win of the season, which hopefully is a turning point for them after losing a heartbreaking contest to the Tampa Bay Buccaneers in week 8.

Running back Wayne Gallman had a fantastic afternoon, rushing for 68 yards on 14 carries, averaging 4.9 yards per carry. Alfred Morris was also looking vintage, rushing for 67 yards and averaging 7.4 yards per attempt.

Rookie Austin Mack, who was an undrafted free agent out of Ohio state, hauled in four receptions for 72 yards, including a long of 50 earlier on in the first half. The offense, as a whole, struggled in the second half but did just enough to get over the hump. They were unable to score in the fourth quarter, nearly allowing Washington to make an improbable comeback.

However, the Giants finally won the turnover battle, recording five recoveries, including two fumbles and three interceptions. The defense had a fantastic game, specifically in the first half.

The notable performances are from linebacker Blake Martinez, with two passes defended and an interception. Veteran corner Logan Ryan close the game with an interception as well, helping the team secure their second win of the year.

Another turnover for this Giants defense who are playing out of their minds right now. pic.twitter.com/OdMNas2U7G

Interior defensive lineman Leonard Williams was also effective, recording a sack and one quarterback hit. He has consistently elevated his game and has been one of the Giantsâ€™ best defenders through nine weeks.

The bad news, the Giants, nearly collapsed in the second half, allowing Washington to score 17 points and nearly steal a late lead. If not for a pesky defense, Washington wouldâ€™ve likely driven down the field and, at the very least, tied the game.

On offense, tight end Evan Engram once again dropped multiple passes, leading to two scoring drives for Washington. If his drops continue, the Giants are going to be in a tough spot, as they consistently try to force him the ball but turnovers and inconsistencies plague his game.