New York Giants: Golden Tate reveals why he could be suspended 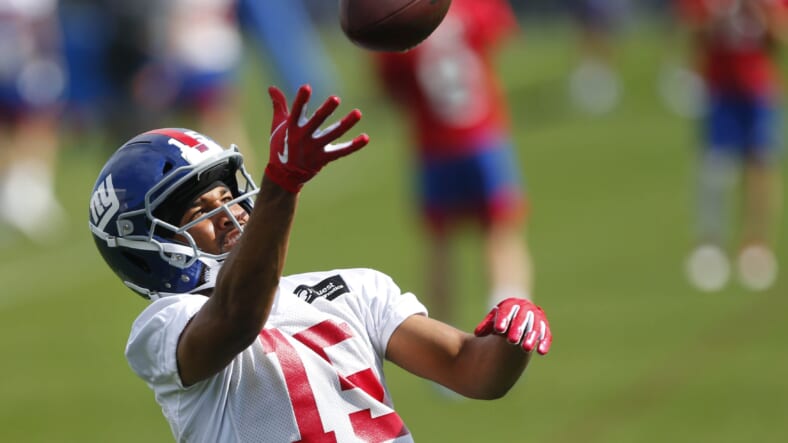 The frequent reason NFL players are suspended boils down to pain management. Most smoke marijuana which is a substance banned by the league. However, that doesn’t stop players from participating. In the case of New York Giants receiver Golden Tate, his story is a bit different.

Adam Schefter reported that Tate could miss four games due to violating the league’s performance-enhancing substance policy. Most use PEDs to improve their game, but this was not the case.

Here is Tate’s statement after the publicizing of the case:

Tate is just trying to have a child with his wife…and it so happens that one of the ingredients used in the supplements is banned by the NFL. While this is a very innocent explanation for why he failed the drug test, he made the Giants front office aware of the situation and they elected to sign him anyway, which is why Schefter also reported that he has a strong case to overturn the suspension.

The New York Giants are hurting:

After Sterling Shepard fractured the top of his thumb, Corey Coleman tore his ACL, Brittan Golden injured his groin, and now Tate is facing a suspension. Worst case scenario, the Giants play week one against Dallas with Cody Latimer as their No. 1 option at wideout.

It’s expected that Sterling Shepard will return to full health prior to the start of the regular season, though.

Moving forward, I expect the Giants to bring in a few new faces to compete at the position. While I doubt we see any familiar faces or veteran players, there is some talent to be extracted from the free-agent market.