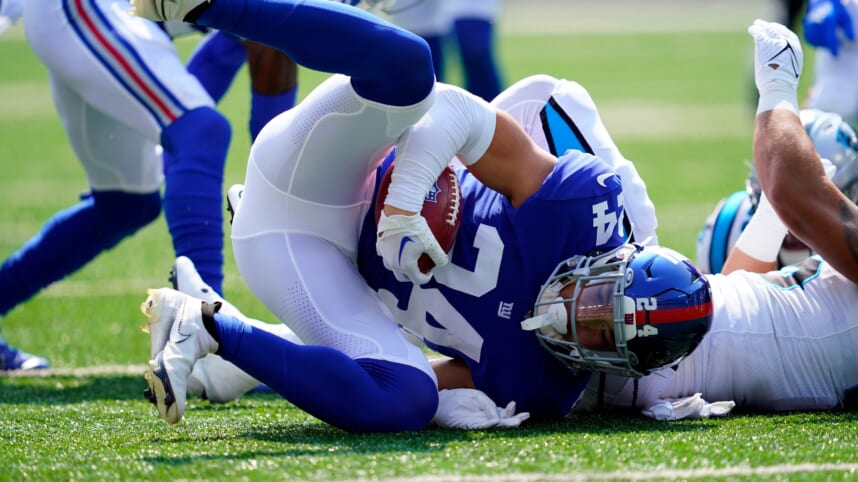 As a rookie fourth-round draft pick for the New York Giants, Dane Belton has come in and played some fairly significant reps.

In seven games played, Belton has gotten two starts and played 199 snaps. Belton has logged 71% or more of the Giants’ snaps defensively in three games.

To this point in the season, he has recorded 19 total tackles (15 solo), one tackle for loss, one quarterback hit, one pass defended, and picked up two fumbles.

A look at the value Dane Belton has provided the New York Giants:

The top trait the 21-year-old rookie is gifted with is his speed. That speed has helped lead the way for his success in coverage. Alongside a young, great one-two punch the Giants already have at safety in Xavier McKinney and Julian Love, Belton has proven his worth playing the pass. On 140 passing downs played in coverage, he has allowed just six catches on 12 targets for 88 yards and no touchdowns. His coverage was highly graded by PFF last week, earning a 75.6 and almost getting his first interception.

From there, Belton has also been a consistently solid tackler with grades of 71.6 in four games. A week ago, he earned his best overall grade to date with a 68.7, showing growth at an early point in his career.

Belton looks to be one of many exciting first-year players selected by Joe Schoen in his first draft. With McKinney and Love, Belton adds yet another young and promising presence to the safety position for the Giants.