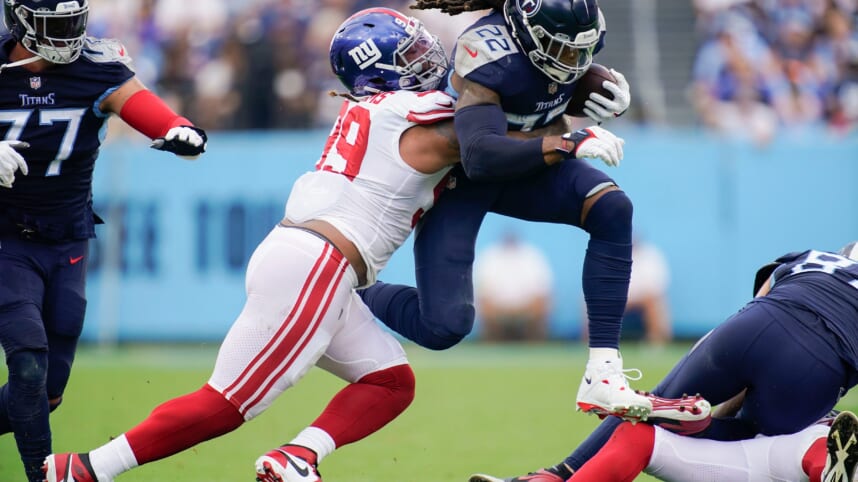 The Giants managed to escape with two wins despite not having one of their best defensive players, but he’s projected to make a return in Week 6 against the Baltimore Ravens.

“I’m glad to be back on the train,’’ he told The Post Wednesday.

The New York Giants need everyone healthy against Lamar Jackson:

Against an electric quarterback like Lamar Jackson, the Giants need to have all hands on deck, especially one of their more prominent players. Williams got off to a strong start this season, tallying five pressures over two games, including four against the Panthers over just 22 pass-rushing snaps.

However, his influence in the run game is where he really stands out, a category the Giants have struggled a bit with since his injury.

Leo tried to make a return against the Packers in London, but they decided to hold off one more week to ensure he was 100% moving forward.

“I tried to come back last week but I think the team and the doctors and myself made a decision to hold off so we don’t have to deal with any type of setback or any time of nagging season-long thing,’’ Williams said. “We held off one more week to make sure it was all the way gone. I think it was ultimately the right decision. I feel really good.’’

This was one of the first times in Williams’s career that he sustained an injury that kept him out for multiple weeks, which is a testament to his durability.

Having Williams back alongside Dexter Lawrence provides the Giants with one of the best interior pass rushes in football.

Over five games, Lawrence is playing at an All-Pro level, generating 17 total pressures with three sacks, five quarterback hits, and nine hurries. He’s collected 12 tackles with eight stops in the run game, grading out as one of the best defensive linemen in football.

Expect Wink Martindale to devise a plan that contains Lamar Jackson in the pocket, allowing Williams and Lawrence to collect sacks. The very moment he gets into space on the outside, he’s able to take off downfield in the blink of an eye.

The Giants must funnel Jackson up the middle of the field, relying on a strong secondary to hold it down. Jackson has gotten a ton of production on deep passes this season, so expect safety Xavier McKinney to be busy on the backend.